Revenue Operations isn’t new, but you need it

What do Thomas Paine, Steve Jobs, and Bruce Lee have in common?

Yes, Revenue Operations. The newest discovery of the business world since Digital Transformation.

Everyone loves a good discovery story. History credits Thomas Paine with inspiring the formation of the United States as an independent nation. However, the wheels of revolution were already in motion well before his publication Common Sense went viral in January 1776.

Steve Jobs is known for discovering the mouse and graphical user interface we rely on every day with our computers, but in reality, he stole it from Xerox.

Bruce Lee is known for the founding of his signature martial arts style Jeet Kune Do. Bruce makes it clear however that he “[has] not invented a ‘new style,’ composite, modified or otherwise.”

Unfortunately, rarely is anything new to the world.

The practice of Revenue Operations isn’t new. This isn’t a new discipline “discovered” by the gurus of sales and marketing or technology. There may be experts out there claiming this stake in their name but as a revenue native, I can assure you that it’s always been on the map to business growth and scale. Illumine8 has been practicing RevOps for almost a decade.

Revenue Operations, or RevOps, is simply the alignment of customer-focused functions — marketing, sales, and service — toward a singular company mission measured by revenue. One might ask how the idea of aligning your teams around the customer and the revenue they provide a company in exchange is new. You’d be on to something, it’s not a new concept.

It may sound like new jargon, but the RevOps revolution brewing is less about the acronym and more about a refocus to the power of customers. In case owners forgot, businesses exist to serve their customers and the power of social media and self-publishing platforms have rightly rebalanced the power between customers and businesses. Revenue Operations is a return to customer-centric practices within an organization.

Leaders make the mistake of thinking that Revenue Operations is a function of sales, since revenue is a direct result of their efforts. This is a short-sighted point of view. Revenue Operations is not a sales-focused practice. Rather it is the return to the customer-focused foundational elements required for any mission to succeed: goal alignment, operational optimization, and solving for the customer.

But don’t take my word that RevOps as a practice has been alive and well for years. Thomas, Bruce, and Steve have RevOps stories of their own. 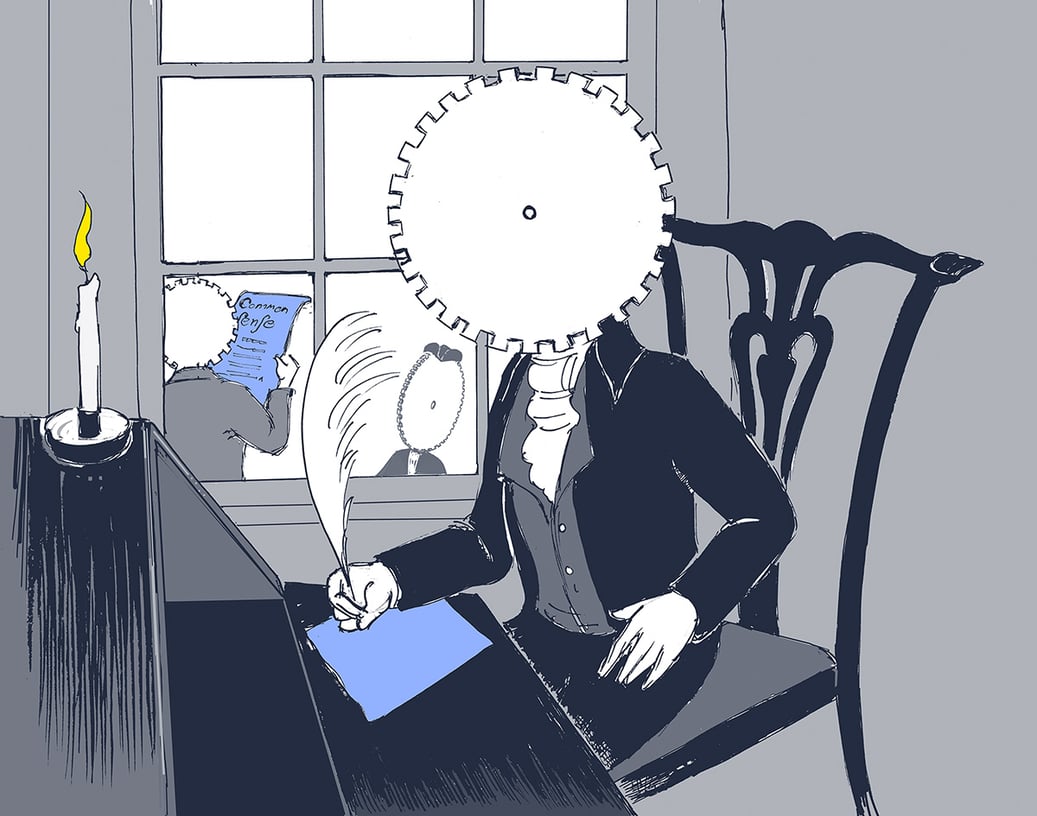 All the greats from revolutionaries to athletes, business moguls to poets, are driven by a clearly defined mission. Something that stirs their very soul, that motivates them to rise in the name of the possibilities of that day. In a world of multi-hyphenates, it’s not hard to see that those we admire most dedicate their lives to a very personal, often singular mission. For some, it manifests itself in the pursuit of perfecting a craft. For others, it grows from a need to serve. For Thomas Paine, the promise of a new form of government that served the people, stirred his soul and helped create that new kind of government.

Paine’s publication of Common Sense, went viral before “going viral” existed. The pamphlet written in simpler language appealed to a wide audience of colonists in the early days of the American Revolution: The first published piece advocating separation from the British Empire, his manifesto for the forming of a new kind of government. It would urge Americans to go beyond merely resisting British authority. He helped colonists to realize that they were Americans, not British.

The clear language and subsequent popularity of Common Sense was its genius, making it tough for colonial leaders to take a halfway stance against the British. As John Adams wrote to his wife in April 1776: "Common Sense, like a ray of revelation, has come in seasonably to clear our doubts, and to fix our choice."

When an organization’s mission is muddled, it’s even harder to get clear on how to communicate its positioning. For every business at its heart, the why — the mission — is the North Star for that organization. It motivates the leadership. It stirs people to work for the organization, to feel that their actions are making a difference — that they are a part of something larger than themselves. No company that stands the test of time defines its soul by selling widgets.

Simon Sinek is widely known for his famous Ted Talk and subsequent book, Start with Why, which explores the science behind company missions. He argues that people do business with brands that align with their values.

Only then can you hope to align all your customer-focused teams to shared measurable goals. The mission provides a common shared vision for your company, a RevOps strategy provides a framework from which you can leverage the momentum behind a shared goal towards measurable revenue. 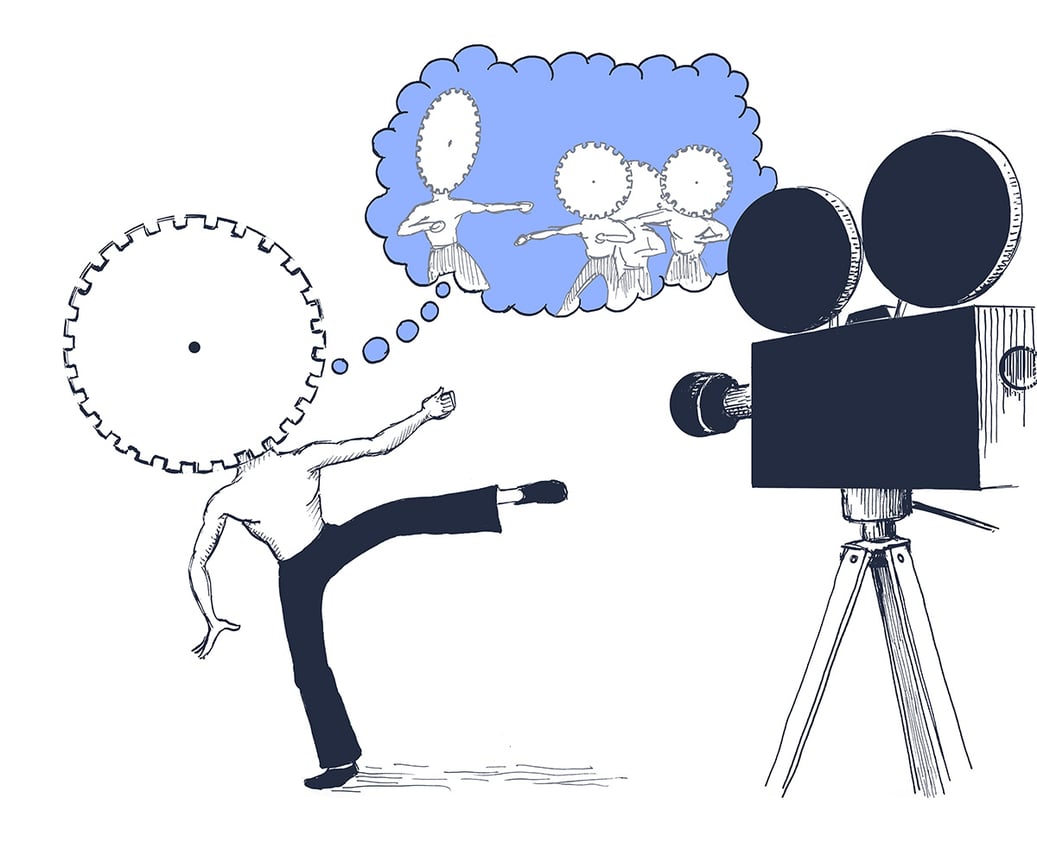 A boxer and a cha-cha dancer, Bruce Lee understood the art of a growth mindset. A student of Ip Man, a grandmaster of the martial art Wing Chun, Bruce was well known for getting into street fights outside the dojo. In those street fights, Bruce learned the art of Wing Chun would only serve him in certain situations. The streets of Hong Kong demanded what Bruce would later develop into his style of mixed martial arts.

Bruce is credited with founding Jeet Kune Do, originally a school where Bruce would train and teach since he was unemployed at the time. Instead of focusing on his traditional training in Wing Chun, he emphasized what he called "the style of no style" by constantly trying and adapting new techniques into his traditional training including boxing, fencing, weight training, running, and stretching.

He leveraged his movie appearances to help spread awareness of martial arts and the Chinese people. This wasn’t just a man on a money mission. Bruce’s mission and positioning are made clear in his writing in a letter to a family friend at 21 years of age.

Bruce Lee was constantly evaluating his systems for martial arts, identifying friction points, and optimizing his style and performance to reduce those friction points around his singular goal of establishing mixed martial arts in the United States.

This practice of constant optimization is at the heart of Revenue Operations. With a clear, focused, singular mission in place, operations can go to work on making the customer’s experience fluid as possible from the inside out. Like Bruce’s mixed martial arts form, operations can work to integrate unrelated internal systems seamlessly to share insights and data across internal teams.

Imagine the same customer record across all business functions for example. Or a single source for company reporting toward goals and revenue that provides transparency to each department on their contribution toward the company’s goals and missions.

Like the kinetic power of Bruce Lee’s signature “one-inch punch,” the sheer impact of all your company resources in alignment toward a single goal can drive you toward your mission faster through efficiency. This is all possible with Revenue Operations. 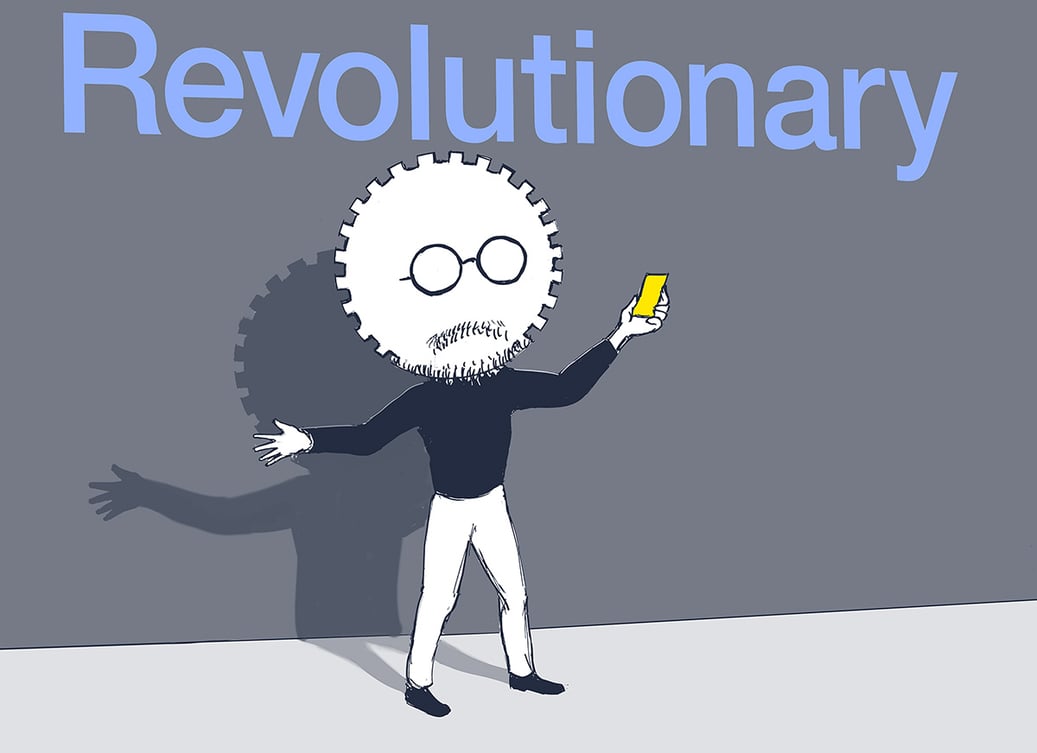 Solve for the customer

A believer in a strong mission and positioning, our first tenet of Revenue Operations, he cut the company’s product lines to their core and destroyed silos when he rejoined Apple in 1997. Further, he optimized the organizational structure to reduce friction points, the second tenet of RevOps.

According to the Harvard Business Review who studied Apple’s reinvention 10 years later, Jobs, believing that conventional management had stifled innovation, in his first year returning as CEO, laid off the general managers of all the business units (in a single day), placed the entire company under one P&L, and combined the disparate functional departments of the business units into one functional organization. He aligned the business back to one mission and vision and removed operational friction. Apple is still organized this way to this day.

With clear goals and operational silos out of the way, he leveraged Revenue Operations to create an obsession with customer experience to solve for the customer, not for the technology. He is clear though this doesn’t mean Apple was a slave to customer whims. He didn’t believe the customer was always right, and is famously quoted saying, “Some people say give the customers what they want, but that's not my approach. Our job is to figure out what they're going to want before they do. I think Henry Ford once said, 'If I'd asked customers what they wanted, they would've told me a faster horse.' People don't know what they want until you show it to them.”

This last tenet of Revenue Operations allows for innovation toward growth. Apple’s mission statement wasn’t to create computers, rather it was founded in 1977 to the empowerment of man — to make personal computing accessible to each and every individual so as to help change the way we think, work, learn, and communicate.

By keeping this mission clear, removing silos and friction within the organization’s operations, and aligning the company to solve for the customer, Apple has forever changed the way we work, communicate, listen to music, learn, and create.

And yes, they created a little revenue in the process. 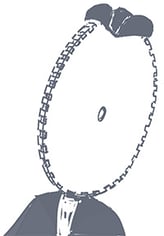