Digital Transformation (DX) investments worldwide rose to $1.1T, up 17.9% over 2018, with an expected Compound Annual Growth Rate (CAGR) of between 15 and 20 percent through 2022, according to an April BusinessWire press release.

Manufacturing will likely lead the way in total DX investment spend, but the financial sector is expected to have the highest DX velocity with a projected 20.4% CAGR from 2017 to 2022.

There has been remarkable investment in DX over the last several years and this trend is likely to continue as businesses and governments across the globe look to capitalize on leading-edge technology to create efficiencies, drive growth, and secure proprietary information and customer data in an age of rising cybersecurity threats.

DX investment is not just the realm of large, publicly traded companies and the Fortune 500; DX is increasingly being embraced by mid-size and smaller businesses, including family-run companies, as the tech behind DX has become more affordable and accessible over time.

There is no doubt successfully executing a DX strategy can help a business operate more efficiently and succeed more often. This is easier said than done, of course, as integrating DX into legacy procedures, processes and teams can be complex; often, however, the most daunting task for executive teams when it comes to DX is determining where to start.

In other words, where will executing DX provide the most benefit and “bang for the buck?”

Most companies have finite resources to infuse into DX, so understanding what’s out there and what’s on the way is critical to utilizing these limited resources wisely. The DX ecosystem is always evolving rapidly, but we’ve pulled together a list of ten Digital Transformation trends to keep an eye on in 2020.

5G has received the most media attention because of its association with the embattled Chinese company, Huawei. This has somewhat obscured the fact that in 2020 and beyond 5G, or Fifth Generation Cellular Wireless, will have significant impacts on global business and DX execution. The development of 5G networks in the U.S. and other countries like China will significantly increase capacity, reduce download speeds, and virtually eliminate lag. The advent of 5G will potentially accelerate the development and commercialization of technologies like self-driving cars and virtual reality (VR) as well.

All the major carriers have launched some 5G in the U.S., but the widespread use of 5G is not in the near future. However, some believe the impacts of 5G will be felt sooner than many think, potentially altering established norms—like driving—that will radically change our lives.

While 5G is not set for full launch in 2020, it’s a factor in DX that businesses need to keep an eye on in the coming years.

Automation via artificial intelligence (AI) and machine learning will continue to be a major DX trend in 2020. AI deployed to perform menial or repetitive tasks or those prone to human error will create efficiencies that help the bottom line while also providing the opportunity for stronger innovation.

Robotic Process Automation (RPA) are the bots that can do data entry, payroll, order processing, and other rote, mundane tasks more accurately and efficiently than people. The RPA market is expected to hit nearly $4B by 2025.

From the back office and manufacturing to marketing, sales, and reshaping the customer experience, adopting automation as part of your DX strategy will be critical to a company’s survival and sustained growth.

In June 2018, the state of California passed an expansive online privacy law called the California Consumer Privacy Act (CCPA). While not as expansive as the European Union’s (EU) sweeping Global Data Privacy Regulation (GDPR), CCPA is a clear harbinger that more stringent U.S. data privacy regulations have arrived and more are likely on the horizon.

Remaining compliant to privacy laws has already become a priority for many companies due to the start of GDPR; this trend will continue as the U.S. adopts stronger privacy laws in reaction to ongoing scandals at companies like Facebook.

DX will be strongly influenced by this need for enhanced privacy protections and the ability of companies to remain compliant with existing, new, or changing privacy law will be enhanced by DX tools like automation, AI and machine learning. In many ways DX is a double-edged sword: On the one hand DX increases the speed and capacity of people to do business; on the other hand, DX makes data easier to share and steal. Smart companies will leverage DX for maximum benefit while mitigating its risks. 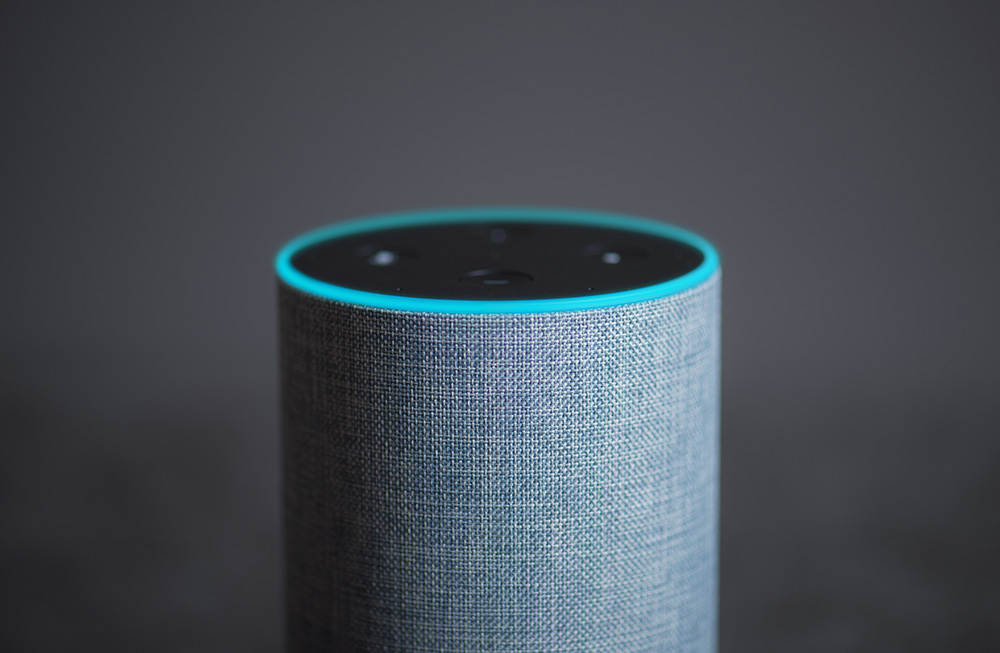 With the predicted increase in voice search in the next decade, the way businesses get found and the way they market themselves will fundamentally change.

With DX and cloud computing adoption now the norm, even for small businesses, strong cybersecurity is no longer the realm of multinational, well-known brands. More and more small businesses have become the target of cyberattacks in recent years, with nearly 43% of attacks targeting small businesses.

DX must include cybersecurity best practices and leverage the best technology a company can afford. As companies go digital, risks for security breaches rise. Again, the benefits of DX must be balanced with strong risk awareness and mitigation. In 2020 and into the foreseeable future, cyber threats will only become more expansive and complex. Be ready.

Siri and Alexa have their deficiencies. However, in 2020 and beyond voice-driven user interfaces will start to improve their ability to hear more accurately and hold more complex conversations. Voice-to-text, voice-capable TV remotes, Siri and a host of other voice UIs have been functional but have, by and large, underperformed.

With advancements in conversational UI, and the predicted increase in voice search (Hubspot believes that some 40% of Google searches are done by voice) in the next decade, the way businesses get found and the way they market themselves will fundamentally change. While it’s impossible to shift to meet every factor shaping DX, it’s important to be aware that AI-driven voice capabilities will reshape the way businesses think about virtually everything they do.

The internet, games, movies, and even ordering food could become multisensory experiences, due to advances in AI, machine learning, VR technology, sensors, and wearables. As Augmented Reality (AR), VR, sensors, and wearables advance, our digital experiences will be untethered from our phones, computers, and gaming systems, and become more integrated and deeply human.

DX will continue to be leveraged for data capture and analysis. As more and more data gets captured by the Internet of Things (IOT), enterprise software systems, and browsers, the companies that can make meaning of this churning sea of data will thrive. Businesses that fail in their DX efforts, or don’t make them at all, will have much less data and less ability to make sense of it; these businesses won’t survive long into the coming decade.

DX, AI, machine learning, data privacy, data security, and automation can make companies highly efficient, yes, but they also make businesses and the people that run them more self-aware and more in tune with their audiences’ desires and needs. Gleaning actionable customer insights from data analytics empowered by DX will be essential for remaining competitive in 2020 and beyond.

Application Programming Interfaces, or APIs, are what allow software to connect and talk to other software. Initially, APIs were a way for developers to do more, faster; early on, APIs were looked at only through an IT prism. Today, APIs are not only being used to achieve IT objectives, they are also being deployed strategically to achieve business goals as well.

According to the website Apigee, “The hallmark of digital transformation is being able to do business with customers, wherever they are, across an evolving array of transaction modes or interaction types. Today, essentially everything that goes into making a company more digital—delivering new customer experiences, building software ecosystems, moving to multi-cloud environments—involves APIs.”

In fact, 91% of organizations that own public and/or private APIs are experiencing significant business outcomes as a result. (zdnet.com)

Most people are familiar with Blockchain as it pertains to cryptocurrency. For the most part, Blockchain is being used in smaller scale projects in an effort to find a way to use Blockchain at scale, namely for larger enterprises.

Gartner describes Blockchain like this: “Blockchain is a type of distributed ledger, an expanding chronologically ordered list of cryptographically signed, irrevocable transactional records shared by all participants in a network.” Blockchain is too complex and nuanced to be explained in this article. For a detailed explanation you can go here.

What you need to know is that some expect Blockchain to hit the mainstream within the next five years, which will cause a major disruption in the way business gets done. This will fundamentally change intellectual property protections, governance, contracts, payments, and the real estate industry, to name just a few future applications of Blockchain.

Cloud-computing adoption will continue to grow in 2020 and beyond with companies of all shapes and sizes jumping on board. Cloud adoption, many believe, is already the norm and is happening at scale. Many larger companies are entering the next phase of cloud computing, adopting multi-cloud platforms; some have even move into omni-cloud platforms. According to ZDNET (zdnet.com), 84% of enterprises with 1000+ employees have a multi-cloud strategy.  A recent survey of 768 IT professionals by Rightscale found that 94% used the cloud in some respect.

Regardless, the cloud will continue to play a major role in DX and how businesses operate for the foreseeable future. Cloud computing and DX are already the norm; companies that are falling behind will have a hard time catching up as the speed of innovation continues to accelerate.

Embracing DX, leveraging digital tools, and embracing automation are critical to the future of any business. Your company’s survival depends on it.