Do you believe in something so strongly that you would be willing to land a helicopter in someone’s front yard unannounced to get their attention?

In April of 1969 struggling singer-songwriter Kris Kristofferson was willing to do anything to get Johnny Cash’s attention. A Vietnam vet working part-time as a pilot, he decided to take an unauthorized side trip to Cash’s home in Hendersonville, Tenn., to get the multi-hyphenate star to take notice of his music.

What happened next that morning is up for debate, but Kristofferson won Cash’s attention after numerous failed attempts to slip him demo tapes during his janitorial shift at a recording studio in Nashville.

A few months later, Cash invited Kristofferson on stage at a music festival where he was performing and would go on to cut one of his songs, “Sunday Morning Coming Down,” which became a #1 hit. The rest is history.

All of us have big goals.

In business, our goals are only as big as our community of customers. Is your sales team willing and able to do what it takes to achieve big goals despite the rejection and risk?

When Kristofferson landed the helicopter in Cash’s front yard, he was selling his songs, believing so strongly in his product, he would go to extreme lengths. If landing metaphorical helicopters aren’t part of your sales flight plan, consider this your framework to enable your sales team to take flight. 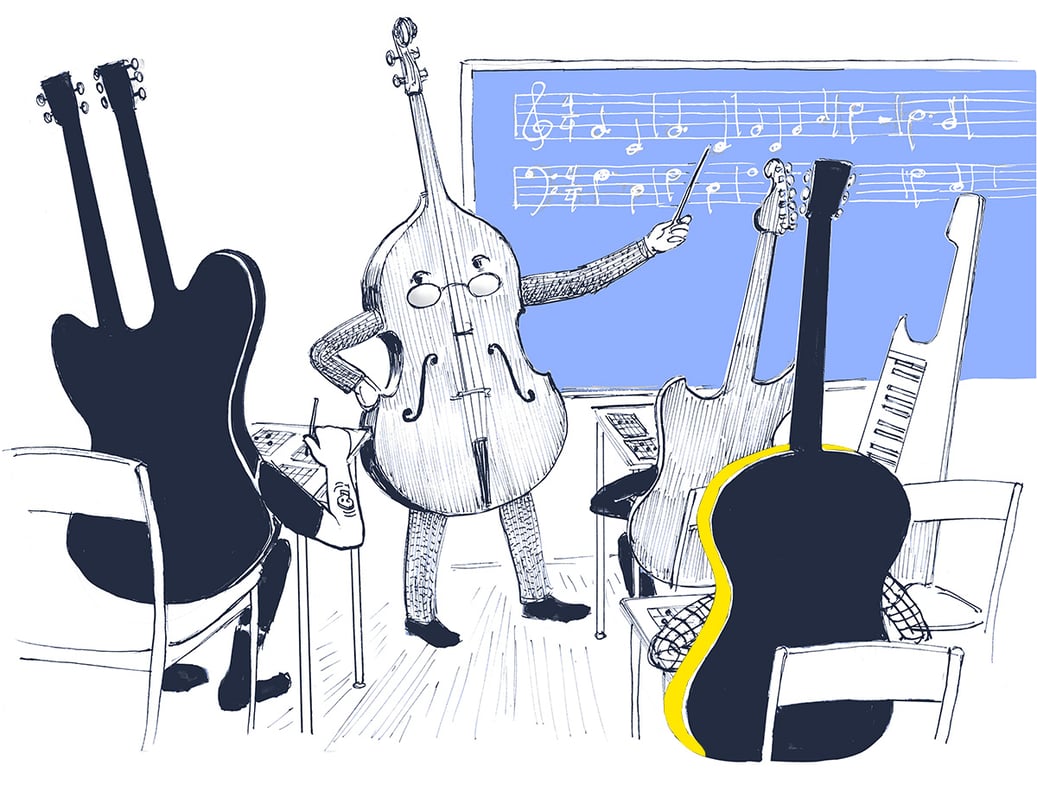 The fallacy of hiring for (sales) education

It isn’t news that education isn’t all you need to be successful, although for Kristofferson, the knowledge to fly a helicopter did come in handy that April morning.

In addition to being a Golden Globe-winning actor and hall-of-fame singer-songwriter, Kris Kristofferson is a Rhodes Scholar who majored in English literature, and intended to write a novel. During that time at college abroad he had an unsuccessful career as a musician. Today technology allows musicians to self-publish and record outside of the music industry, but only a stunning 0.000002% of musicians become successful even with the reach of the internet.

A Rhodes scholarship to Oxford honed Kristofferson’s writing skills, but it didn’t teach him how to get his music heard by the masses. The same goes for your sales team.

In the US there are over 13,120,320 individuals employed in the sales field, yet there isn’t a direct degree offered that teaches the art of selling. Unlike almost all other professions, there is no educational program that teaches the craft of sales directly, leaving a gap where education drops off and the real world begins.

So if you can’t hire sales professionals who have honed their base skills in the classroom, what should you look for?

Consider your sales team as a group of charismatic scientists. They not only have the gift of communication but are also keen observers and researchers, willing to run failed experiments until they have proven their hypothesis, a sale, correct. Then they need to be willing to codify and repeat the experiment.

Kristofferson’s experiment of getting a janitorial job at the same studio where artists like Cash recorded wasn’t paying off. He slipped demo tapes to Cash’s wife, June Carter, but they reportedly ended up in a pile, unplayed. After several attempts, the experiment result was clear. Kristofferson needed to try a different hypothesis.

Sales is a science that is learned in the field. You hire your sales team for their scientific experimental mindset, not education. 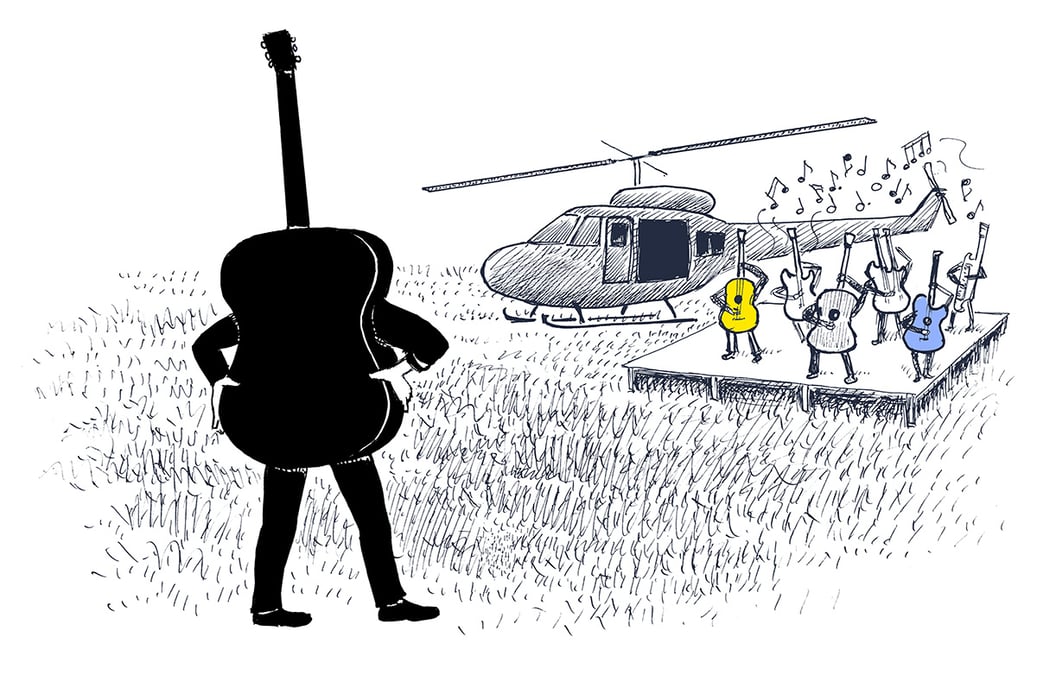 Whatever you are selling at this pivotal moment, you need to believe in it. It has to be personal — not just to the person pitching, but also to the person buying the pitch.

From the customer perspective, the marketing and sales profession defines the reason for the sale, or challenge, broadly as a “pain point” but too often this is just topical jargon and not a deeply understood motivation.

Do you know why your customer has the pain point they soothe with your services or product? It's not the obvious challenge-solution framework, as 98% of purchase decisions are subconscious.

Purchase decisions of all kinds are emotional. Even the most mundane including business-to-business purchase, product, and service decisions. All are driven at the subconscious level.

Unless you can pass what we call the toddler test, you truly don’t know why someone is motivated to purchase. The framework is simple. When listening to prospective customers describe their problem, document the topical symptoms in a list. For this example let's pretend someone is calling for a quote for painting interior walls.

Most salespeople would stop there, gather a few facts such as square footage and timeline, and provide a quote. Your sale is no longer personal, your quote will most likely be disqualified based on price. Nothing in this sales presentation is remarkable or personal.

Instead of jumping to the quote, use the toddler test — a series of simple why questions. First, ask simply why they are looking to paint the room, no more or less. Elaborating primes the answer and you want the lead to give you the first thing that jumps to mind. You’ll find out not only more about the space but the simple motivation behind painting the room. The answer might be basic, such as the walls are scuffed and they need refreshing.

Continuing to use the toddler test, take the new information, and ask why the answer given — in this case, scuffed and refreshed walls — is important. That question looks something like “Why is painting the scuffed walls important to you?” You will get a deeper answer in the second round of why questions. An answer you may get will reveal a deeper cause for the call. In this case, the lead reports the walls need refreshing because visitors and employees have made unflattering comments.

Now the walls are not about scuffs, but about the company’s reputation in the eyes of its customers and employees. The company is embarrassed, and calling you to repaint the walls cures that embarrassment.

Repeat this line of questioning another round or two until you’ve identified the core emotional cause behind the topical pain point.

Armed with this information, a seasoned sales professional can solve for the subconscious emotional reason, not the topical pain point, and in doing so, move the value of the sale upmarket. 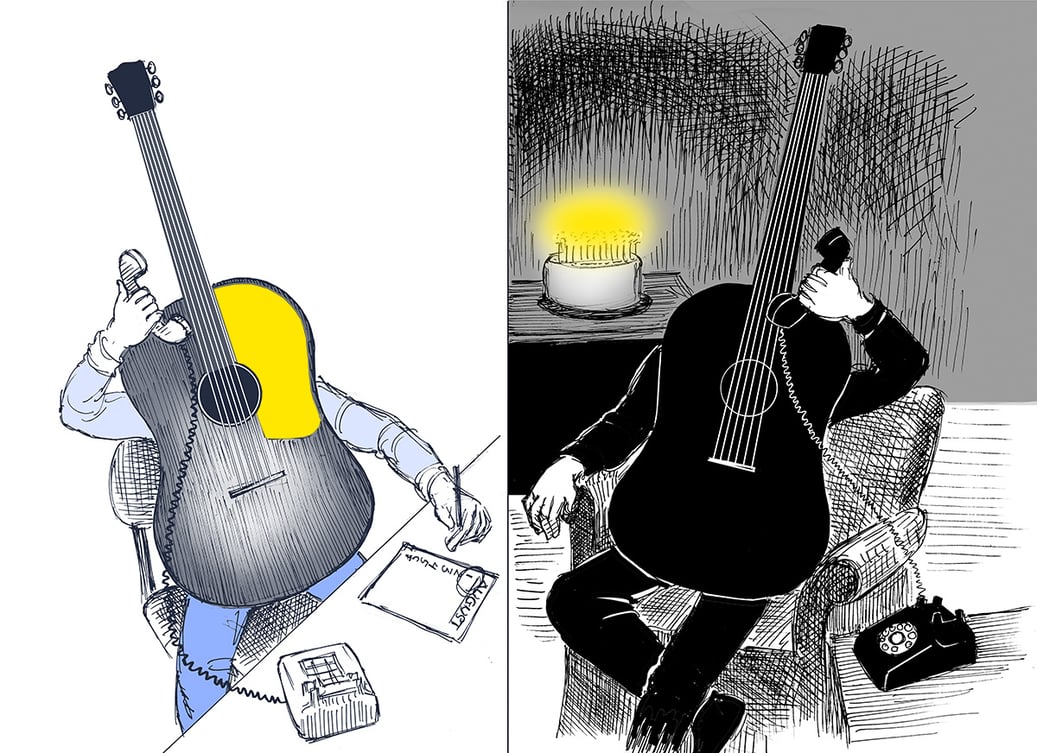 Consistency is a relationship

Tim Ferris is well known for the mastery of things thought to take a lifetime of dedication to do well — tango dancing, writing New York Times best-sellers, and being an angel investor, to name a few. The key to mastery? Consistency. Once Tim commits, he puts in the time consistently.

Consider Tim landing his first job by sending 26 emails to the CEO of a company he wanted to work for. As the sole operator of his first company, he worked 12 hours a day for two years. To rehearse for tango championships, he practiced 6 hours a day.

For Kris Kristofferson that meant writing and pitching songs for years, consistently. First he recorded under another name, and then was covered by others, until finally, Johnny Cash invited him up on stage at the Newport Folk Festival to perform his songs with his voice. The entire journey was over a decade of experimenting, adjusting, and repeating the process to achieve the goal of becoming a known singer-songwriter.

Is your sales team putting in the consistent effort of Tim Ferris or Kris Kristofferson? Or are they looking for the one-hit-wonder quick wins and shortcuts?

Your sales team, like Ferris and Kristofferson, is challenged to take risks when there is no formal education or blueprint for them to springboard from. They have to deploy the curiosity and consistency of a scientist with the empathy of a therapist.

Sales are about creating strong relationships that allow for vulnerable conversations so that products and services can truly solve the whole problem. By using the toddler test framework, their customers know this person is invested emotionally, not just on a topical pain point.

Sales aren’t closed due to the round of golf or dinner, they’re made remembering to call on your customer’s birthday, every year.

Growing revenue requires a love of repeating the experiment of prospecting and pitching in the name of your mission, over and over until your helicopter lands in the customer’s front yard.

In a year after Kristofferson’s demo tape flew into Cash’s front yard, his song-writing style forever changed country music from honky-tonk to personal and serious. “Sunday Morning Coming Down” debuted in 1970 on ABC on the Johnny Cash Show, topped the charts, and won the Country Music Association’s Song of the Year.

His goals were made for big open skies, and he did what few of us are willing to do — risk flight.

***
This article is dedicated in memory of Joe Bontz, singer-songwriter, musician, consummate sales professional, and friend.

Christina May is passionate about creating revenue systems that scale businesses. CEO and Founder of Illumine8, a digital marketing company, she is an alumnus of Goldman Sachs 10,000 Small Business program, a DMN Top 40UNDER40 honoree, and is a recipient of the Mount Saint Mary’s President’s Medal for leadership and service to the business community.