Why your business doesn’t have competitors

We don’t have any competitors.

During an interview with David Bowie for the show Count Down, Britain's hit rock show of the time, three minutes in he was asked, “Do you have any competitors?”

Ever cool and confident, cigarette in hand, wearing a serious black blazer and open-collar white shirt, Bowie answered, “I stay out of it … I am pretty much my own man.”

Ask yourself — does Bob Dylan have competitors? Warren Buffet? Madonna? Kim Kardashian? Sara Blakely? Elon Musk? Tracy Anderson? Richard Branson? Johnny Cash? Do we bother to even compare them or their companies to others?

The answer is no, we don’t compare them. Those that we consider to be the best don’t have competitors.

When David Bowie wasn’t on stage, creating characters and immersive atmospheres, he was a businessman. He understood the commercialization of the music industry, learned from bad managers and the best teachers — experience and mistakes. Not being afraid to own his success and mistakes, Bowie to music in the ‘60s was what Elon Musk is considered today — a trailblazer. He owned his recordings, explored genres without permission, leveraged financing against his future royalties to fund his projects. This combination of authenticity, fearlessness, and forward-thinking left a legacy beyond his music.

Bowie, among others, is beyond comparison and competition.

They are their own “wo/men.”

You don’t compare him because competition is an irrational mindset, a waste of time, resources and it's holding your company back from “winning.”

The Automatic Brain as CEO

“I want to be top of google”

“I want to beat all my competitors”

This singular, basic motivation is something we hear often, and frankly, it’s exhausting. This primal reaction from our automatic brains — to without thinking blurt out the first thing we think we want with little effort or thought. While this automatic brain saves us daily — think heartbeats, breathing, and reacting to a car suddenly swerving in front of you — you would serve yourself and your company better to leave that brain to those tasks only.

Popularized by Nobelist Daniel Kahneman's book “Thinking, Fast and Slow,” the idea of two brains is explained simply as System 1 and System 2.

System 1 operates automatically and quickly, with little or no effort and no sense of voluntary control.

System 2 allocates attention to the effortful mental activities that demand it, including complex computations. The operations of System 2 are often associated with the subjective experience of agency, choice, and concentration.

Consider if your company was motivated by an internal force — a competition not with another company or person, but an idea or problem to solve? Something that brought people together in a more meaningful way?

Besides a healthy diet and lifestyle, the singular most important trait among centenarians is a sense of purpose. The Japanese call this Ikigai — loosely translating to the reason to get up in the morning — a purpose. A sense of greater purpose is important not only for individuals but also for companies. All centennial companies strive toward more complex goals beyond simply beating the competition. 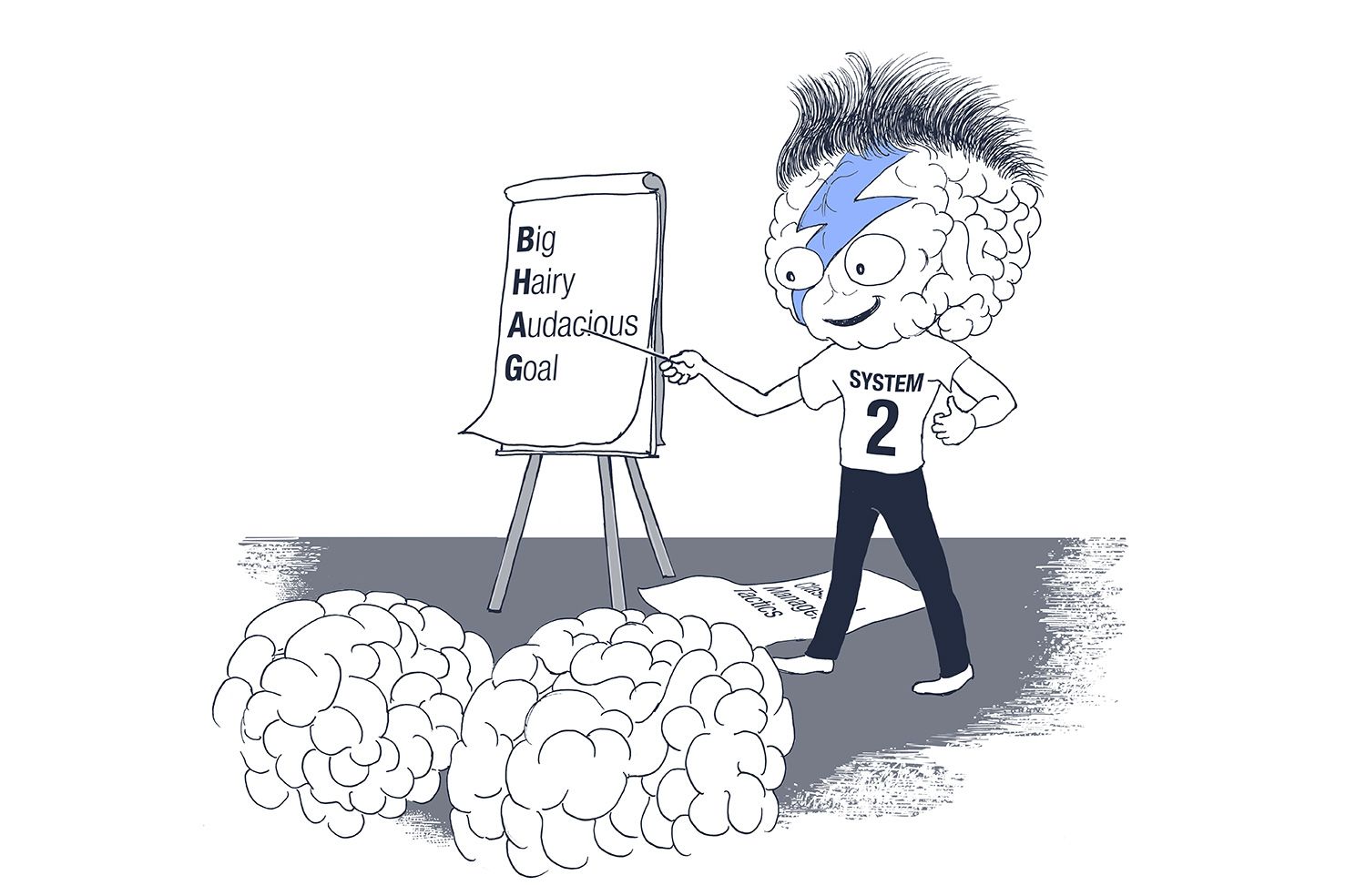 Competition is born from external influences and it's everywhere. From the earliest Greek games to modern capitalism, competition defines modern humanity. Stemming from our need to survive, the foundation of competition isn’t evil. The cost to a prehistoric man losing to a saber-toothed tiger was death, a serious consequence.

Fast forward to today, the consequences of competition are usually not as black or white. When a competing company loses 1% market share to another, it isn’t an automatic death sentence. Company A doesn’t eat Company B for dinner and lives to consume another Company at the next mealtime. When a social media post doesn’t garner the target number of likes, no one loses an arm or leg. Not to diminish the importance of competition — there are life or death situations that still occur today — however, the conversation is more complex. We have both intrinsic and extrinsic competitions.

However, too much external motivation can derail an internal motivation's best intentions. Abundant psychological research has shown that external incentives undermine people’s intrinsic motivation to do good. For example, highlighting the monetary benefits of saving energy makes people less likely to do so. Psychologists call this “goal-replacement.” In business, this concept shows us that money doesn’t necessarily correlate with job satisfaction. In fact, according to a landmark study by Harvard synthesizing over 120 years of data and research found that there is less than 2% overlap between pay and job satisfaction levels.

Bringing it back to Bowie, he wasn’t looking to see what other artists were doing, he was busy creating. Bowie didn’t care about Billboard charts. Bowie was intrinsically motivated. His life work includes not just his art, but he also pioneered the idea of artists owning their work, and was the first to leverage bonds based on recording royalties. Bowie was also an early adopter of the internet — accurately predicting in 2002 when he told The New York Times, “I don’t even know why I would want to be on a label in a few years because I don’t think it’s going to work by labels and by distribution systems in the same way.’’

Tapping into the internal competition is a values alignment that can attract and motivate a group of people to cooperate toward a common goal. When this motivation comes from within, the “getting to first on google” doesn’t become the motivating competition factor: instead, it becomes a measurable KPI toward a greater meaningful goal. 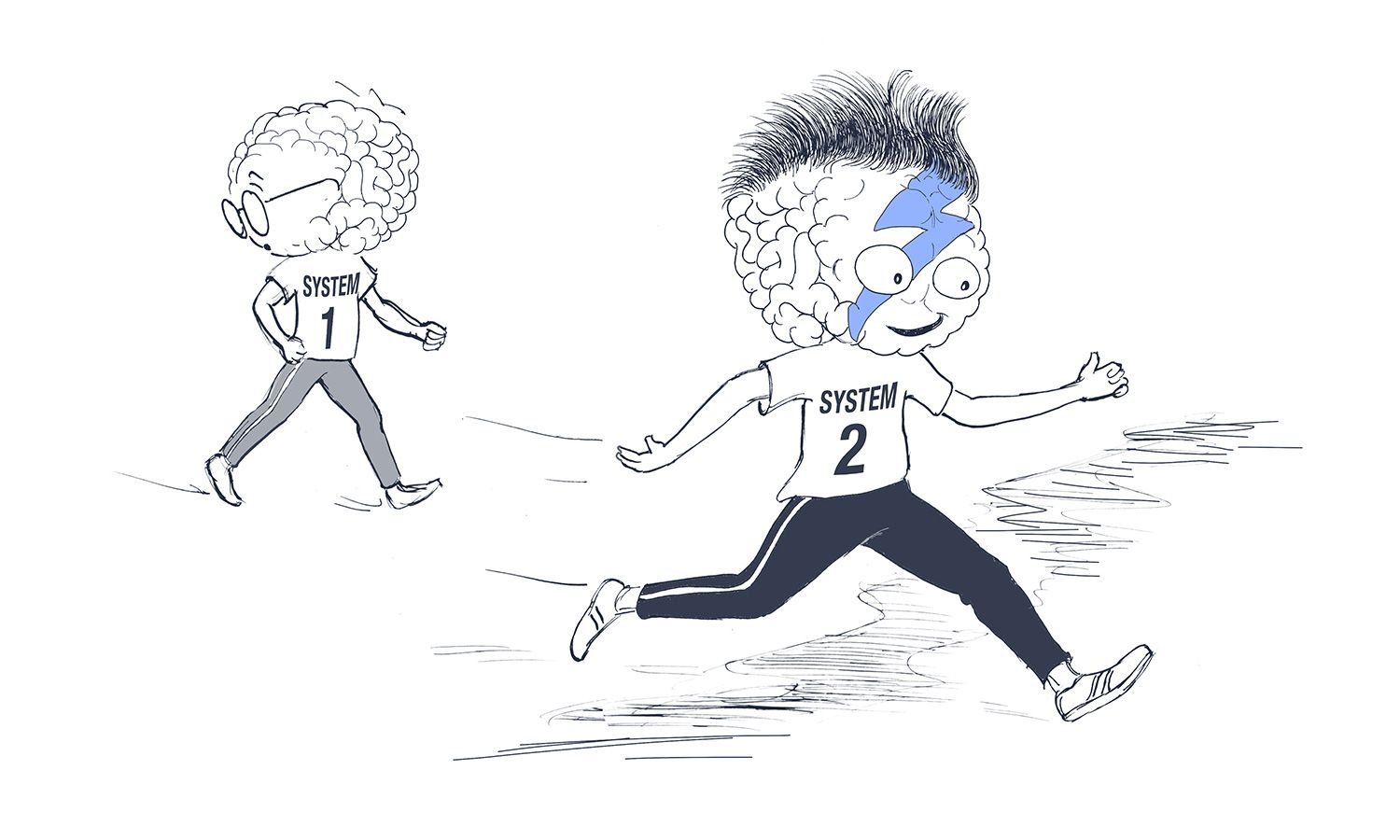 Breaking the chains of competition strategy

When Bowie parted ways with his manager, Tony Defries in 1970, he became CEO of his brand and brought his artistic sense of adventure to the management side of the business. This included taking huge risks — some that did, and others that didn’t pay off. When he passed in 2016, David Bowie was estimated to be worth $230 million.

His genre- and business-bending legacy came from a growth mindset. Founding UltraStar in 1998 an internet service and online fan club, which is known as Live Nation, Bowie was known to take risks without a thought to what anyone else was doing.

“David was very involved in the direction of UltraStar — he attended meetings and got involved in artistic decisions,” says Ron Roy, a partner in the venture. “Once exposed to the power of direct online communications between artists and fans, David realized that music was about to change forever.”

Despite the fact we know we should take risks, we spend endless hours looking over our shoulders, wondering what the competition is doing, what is their pricing strategy, their marketing, their advertising. We comb our “competitors” for clues. However, this comes naturally to us.

Our “System 2” is the part of the brain we identify more closely with as opposed to our automatic brain, “System 1.” This is the conscious, reasoning self that has beliefs, makes choices, and decides what to think about and what to do. Unfortunately, this brain is naturally lazy.

As we encounter and learn new things, our brains see patterns and the information moves from System 2 to System 1 - thus becoming automatic. And from that time forward our brain is constantly looking for patterns, things we have come to know as “true”. This is why it is hard for us to learn new skills the older we are, address what we know as “known fact”, challenge concepts or closely held beliefs. Our brain is simply being efficient - looking for the path of least resistance. This is why we jump to conclusions and make assumptions.

Consider your obsession with competitors. Why would you expend the energy to create original work, if that work has already been done? This method of problem-solving is ingrained in us from childhood, reinforced through college and now every answer is just a google away.

The answer is never that you want something because the competition has it, rather it is because your System 1 brain has a hand on the wheel and your System 2 brain doesn’t mind a backseat driver. Mimicking is the path of least resistance — our lazy brains taking over in our business decision-making.

Ziggy Stardust wasn’t born from the idea that the Rolling Stones were creating alter egos in their music. Ziggy was David Bowie’s original idea brought to life. The system 2 brain had both hands on the wheel when Ziggy was born.

In that now timeless interview, Bowie said, “You move into something because it's a passion ... You are making a statement, a passion.”

All businesses are born from the idea that we want to create something — a legacy — beyond ourselves. Call it your Ikigai or your Why or your purpose - that deeper meaning is truly what drives our most rewarding experiences. Competition can be healthy, but in the end, none of us have true “competitors.” Intrinsic competition comes from within, it is not externally motivated. Align all that you do to your true mission — not your peer’s.

So what is it about what you/your company/your work that gets you up in the morning? What is your internal heroic cause?

Because according to Bowie we can be heroes, just for one day. 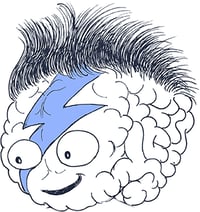 Christina May is passionate about creating revenue systems that scale businesses. CEO and Founder of Illumine8, a digital marketing company, she is an alumnus of Goldman Sachs 10,000 Small Business program, a DMN Top 40UNDER40 honoree, and is a recipient of the Mount Saint Mary’s President’s Medal for leadership and service to the business community.