What basketball can teach you about employee retention

The average NBA team retains 9 out of 10 players each season while at least 3 out of 10 of your employees are actively looking for a new job right now. As recently as five years ago, 70% of your workforce thought the grass was greener at another company.

In the NBA only 10% of the talent was traded for the 2022 season, and that unusually high number sent the pundits talking. Hiring and retention cost U.S. employers $2.9M per day looking for replacement workers.

What is the NBA’s secret? The secret is Basketball Management.  A symphony of planning, innovation, and real-time agility, these lessons are worth bringing into your organization as you work to recruit and retain the best players. 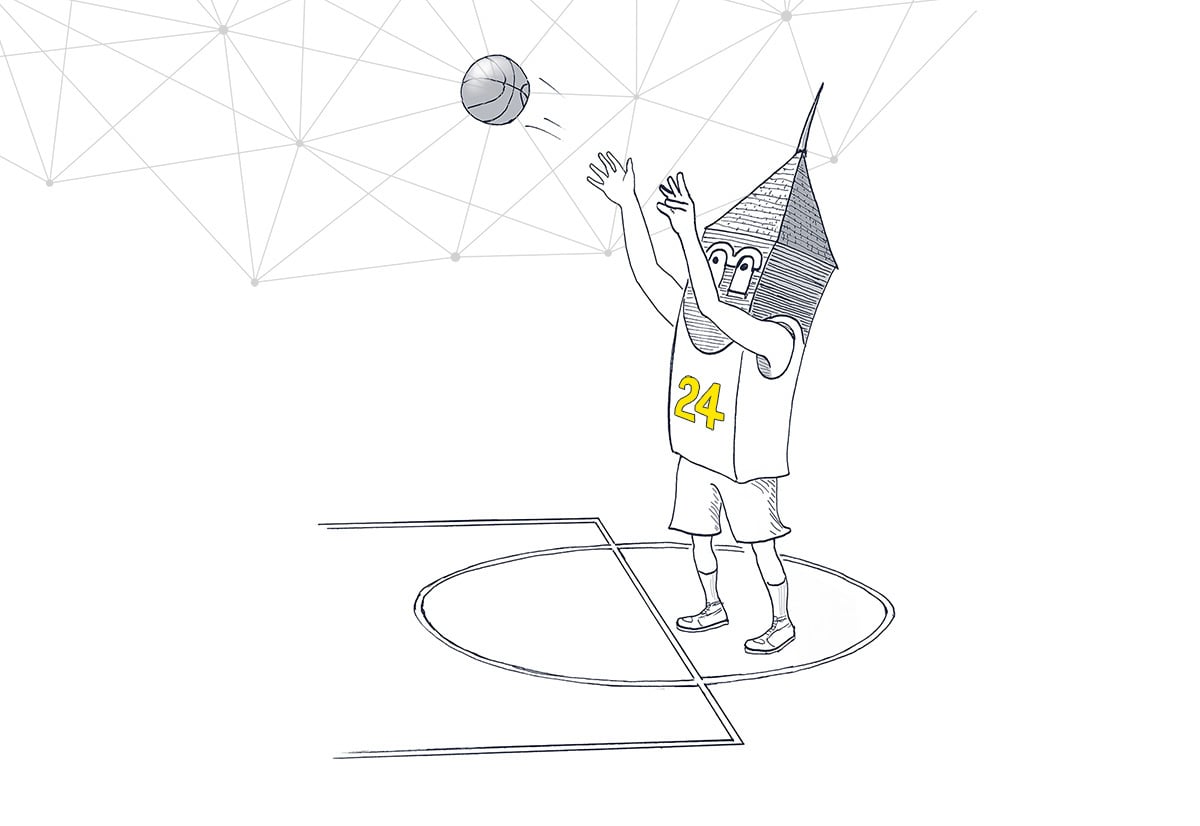 Unlike other sports, the NBA decided it wasn’t going to succumb to 2020.

College football lost or postponed 139 games during the 2020 season. The NFL saw 18 games disrupted by the virus. Minor league baseball was canceled entirely and the majors didn’t see the season’s first pitch until late July.

Much like the sport itself, the NBA innovated a new solution to survive 2020 — a safe “bubble” — where players and coaches could safely do what they do best — innovate on the court in real time.

In contrast to other more rigid sports, basketball values spontaneity, fluidity, and flexibility. The fluidity of basketball requires players to act in real time and make in-the-moment decisions. There is little time for coaches to call every single play, there are no long pauses on the sidelines, no signals from the base coach or from the catcher to pitcher.

In the NBA team compatibility and chemistry is the secret to success. Coaches nurture the overall organization’s goal and vision, but players and coaches understand the team’s fluidity is its strength. Because players move through multiple roles toward a common goal, organizations adopting a basketball style of management have a flat, horizontal structure.

Today’s environment is changing quickly. Powered by digital transformation, your people have had to learn to adapt to new ways of communicating and doing business in the last year. Companies that embrace digital transformation can thrive while those that haven’t incorporated learning the flow of work have seen significant roadblocks and turnover.

According to Deloitte, 75% of surveyed companies believe leaders face new unique challenges, but only 28% of them believe they have leaders who are ready to tackle evolving challenges and become agents of change.

Just like our workforce, basketball team dynamics have changed dramatically over time. No longer is basketball just a tall person’s game. The success of your team lies in its collective strength, not just in one or two star players.

At one time, NBA basketball was dominated by tall men playing center, such as Wilt Chamberlain (7’1”) and Kareem Abdul-Jabbar (7’2”). Jabbar led the NBA in scoring twice. Chamberlain dominated the league in scoring for seven consecutive seasons. Compare that to the current scoring leaders, like James Harden (6’5”) and Stephen Curry (6’3”), both point guards. The WNBA shows a similar trend. The current all-time scoring leader, Diana Taurasi, is 6 feet tall, the league’s average height.

Players evolved because the game changed with the rise of “small ball.”  Small ball emphasizes smaller more agile players who influence the game’s fluidity as they quickly move around the court, utilizing its full area and not just playing “in the paint” or “under the boards.”

The growing trend of generalization over specialization requires more open and collaborative communication on the court and in our businesses. Basketball players need to exhibit a high degree of interaction with their teammates. This is demonstrated in the passing back and forth, which frequently involves every player on the court handling the ball. Nothing reflects this new era of connectivity than our newly hyper-connected workplaces and the rise of digital transformation in our offices through new communication tools like Slack, Microsoft Teams, Zoom and Google Meet. Remote teams are forced to communicate and collaborate more often with each other to be effective.

Because the game of basketball and business is so fluid, it requires a very high level of game knowledge and being able to read not just the play in front of you but the bigger dynamics happening on the court. Managers had to react in real time this spring to COVID-era threats. The playbook is writing itself in real time. This means a high degree of coaction among your players.

Every player must also be more adaptable, more flexible, and more creative.  They must play offense and defense, and be able to transition quickly between both. Everyone needs to dribble, shoot, pass, and rebound. Most uniquely to basketball, player actions away from the ball can also have a profound impact on the ballhandler’s ability to score. This explains why even the game’s best players need good teammates to be effective. Basketball’s basic value is the team, not the individual — and your business is a team sport. 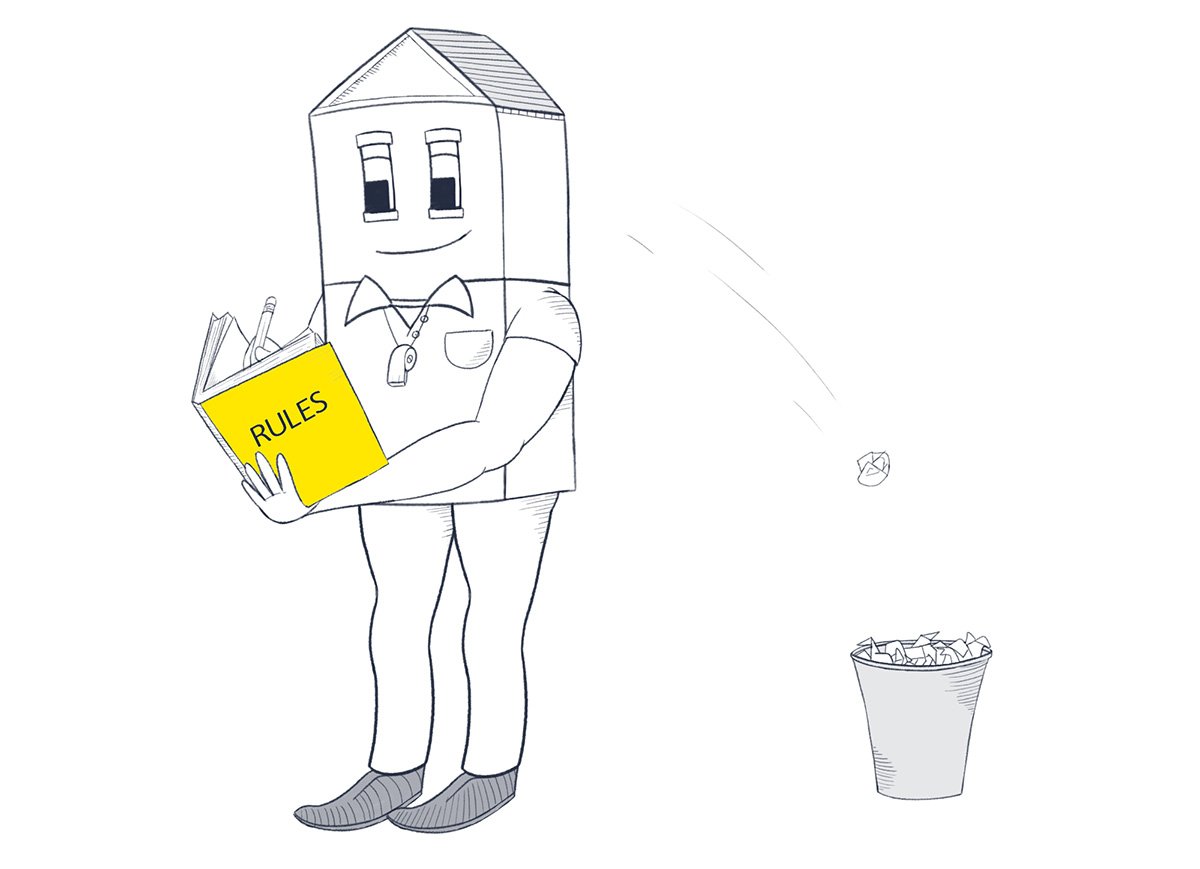 Rewriting the rules for relevancy

And like your business, probably no sport has experienced more significant changes to the game than basketball. These disruptions have not only impacted the way the game is played but also the type of players needed to be most effective under these new rules. Basketball embraces change: consider the introduction of the 3-point shot.

In 1979, the NBA merged with the ABA and adopted the 3-point shot. Initially, players were not enthusiastic about this change and opposed the shot despite an overwhelmingly positive response from the fans.

This should not sound unfamiliar to any business owner or manager. The same response is usually received when any company-wide change is introduced. Adoption is slow. In fact, in the 1981-82 season, the LA Lakers won the NBA Championship by scoring just 13 3-point shots all season. By comparison, the 2018-19 Golden State Warriors attempted 34 3-point shots per game and its star player Stephen Curry averaged more than five 3-point shots made per game.

In business, like basketball, we know these disruptors can be embraced for positive gains. Consider the current wave of digital transformation. Instead of seeing a trend, some businesses adopt digital transformation as a strategy leveraging AI, software, and analytics to name a few, to automate tedious tasks freeing up their teams to take on more complex tasks that meet and perhaps push beyond the needs of the organization. Instead of being wary of the 3-point shot, these businesses are embracing it.

Basketball has seen significant changes to the rules of the game, and with the skills that players need to excel. Internet analytics and artificial intelligence are causing similar changes to the business world, requiring employees to have new skills to meet these needs. Businesses that embrace change keep employees constantly learning and engaged. 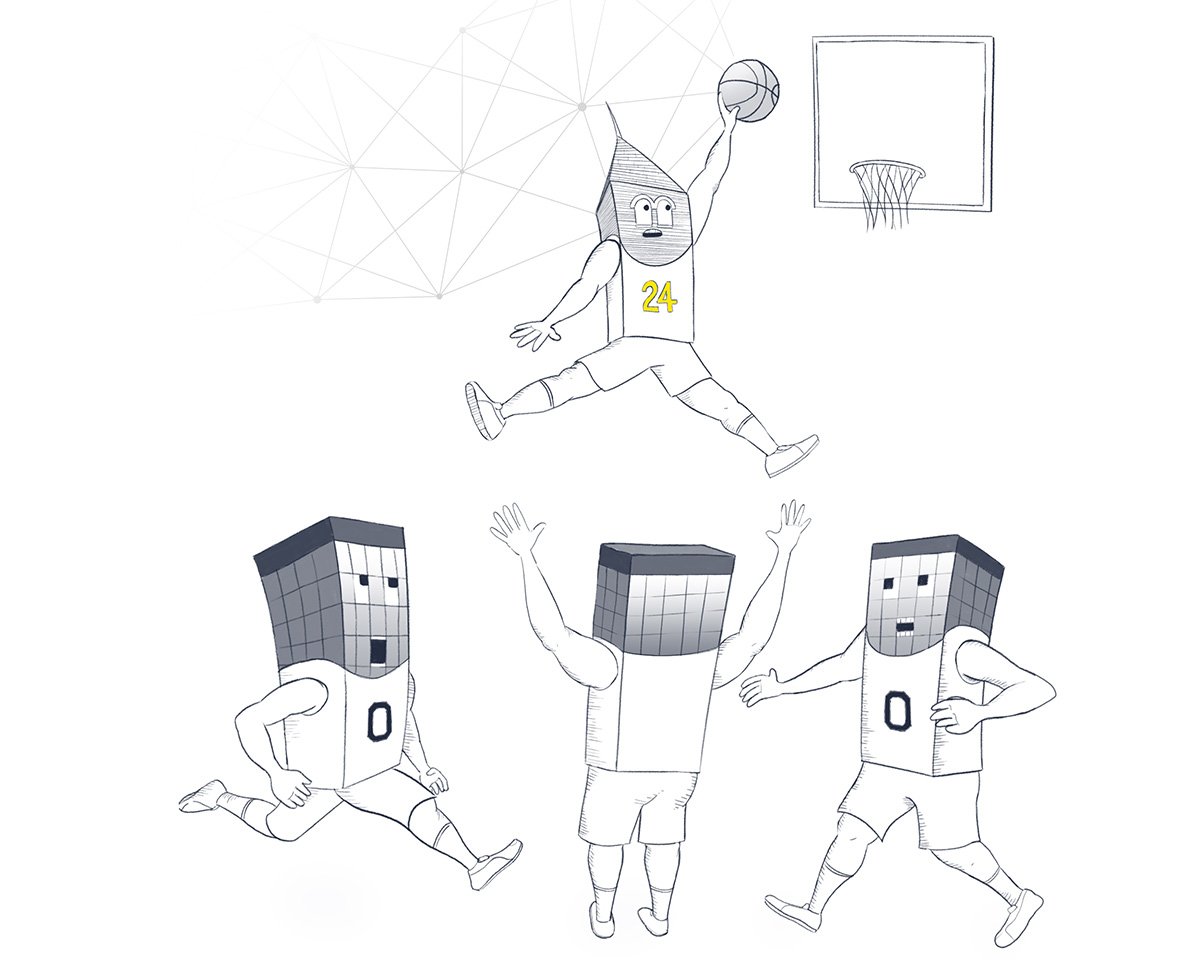 We are a nation of underdogs. We love a good David vs. Goliath story. Whether it's our distant revolutionary relatives vs. the British Kingdom, or two kids in a garage taking on IBM.

No sport enjoys putting a David vs. Goliath moniker on its “beat the odds” team than college basketball. Fans rally behind these Cinderella teams. Two of the most notable and exciting Cinderellas were the 1983 NC State Wolfpack and the 1985 Villanova Wildcats.

In 1983, the Wolfpack was the #6 tournament seed. In getting to the finals, they had to defeat the #1 seed Virginia Cavaliers. Then, in the finals, they faced two Houston players (Hakeem Olajuwon and Clyde Drexler) who would later become NBA superstars. NC State won the game in the final seconds.

The Wildcats were ranked #8 in the 1985 tournament, the lowest-ranked seed to win a national championship. In the finals, they faced the defending champion Georgetown Hoyas and its star player Patrick Ewing. Villanova’s coach had a special gift for building team chemistry, calling his team a family, and deploying various zone defenses to confound their opponents. These 14 players are now immortalized on a 150-foot-long mural inside the arena where the present-day Wildcats play, as a reminder of their greatness and inspiration.

Basketball immortalizes its Cinderella stories, with the underdog who has the spirit and gumption to take on the Goliath. In the business world, we have seen these disruptor companies such as Apple (vs. IBM) and Amazon (vs. national booksellers) take on multibillion-dollar international companies and persevere, which has reshaped the way business is conducted. Engaged employees want to feel they are a part of that story. Challenger brands discourage disengaged employees when they feel they are part of the overall mission to win “the game.”

Off the bench and in the game

When your business can no longer play by the old rules of 2019 — strict working hours, dress codes, in-person meetings, and travel — don’t expect your employees to embrace this nostalgic view. The fluidity of the game is embracing moments. What do you need to do in your organization to increase engagement, get your players off the bench and into the game?

See you on the court.