Leveraging failure to grow a business

Contrary to popular belief, businesses are built through a series of failures. Encouraging and embracing failure is one of the most powerful tools leaders can leverage to spark growth in their business.

What makes your business better than any other? What makes a product or service not just good, but great? The same thing that shapes a leader, an expert, an entrepreneur, a business, an innovator … or any other hero for that matter, is something everyone celebrates but secretly fears: failure.

We tell our children that they can be anything, do anything — but we parent from a position of “everyone wins” so no one loses or has their feelings hurt.

We celebrate and glorify successes in sports, business and entertainment. When a speaker is introduced in a room, we don’t talk about their failures, instead we focus only on the wins. Wins mean validation, respect and recognition.

When used for marketing, winning is your weakest position. Just because the company won an award doesn’t guarantee success — but that is what you are buying. Winning the award — this acts as an insurance policy against losses.

And we all like guaranteed wins. Or at least we think we do.

Growing a business, like all things, comes with its share of pains. While some mistakes are avoidable or can be learned from others, there is brilliance and growth that comes from running headlong into chaos rather than sitting back safely on the sidelines. As leaders, we have to create a culture of failure within our companies in order to grow.

Success is a case study in failure

This may sound cliche, but success is built on a mountain of failure and doubt.

Consider a cross-section of success stories from all facets of life — science, entertainment, news, sports and business. Thomas Edison, Oprah Winfrey, Michael Jordan, Walt Disney, Steve Jobs and the Beatles have all shared a common narrative in their journeys.

"Great success is built on failure, frustration, even catastrophe," according to Albert Einstein, who did not speak until he was 4 years old and did not read until he was 7.

Failing isn’t celebrated. In fact, we have created an entire culture of anxiety and stigma around failing. Without mistakes, you can’t have success. Without failure, you can never hope your business will succeed, innovate or grow.

Where would our world be if Albert Einstein, Steve Jobs, Walt Disney, Michael Jordan or Oprah embraced their mistakes and failures as the endpoints to their journeys?

We would live in a world where the light bulb, the photoelectric effect, digital music, and Mickey Mouse didn’t exist. 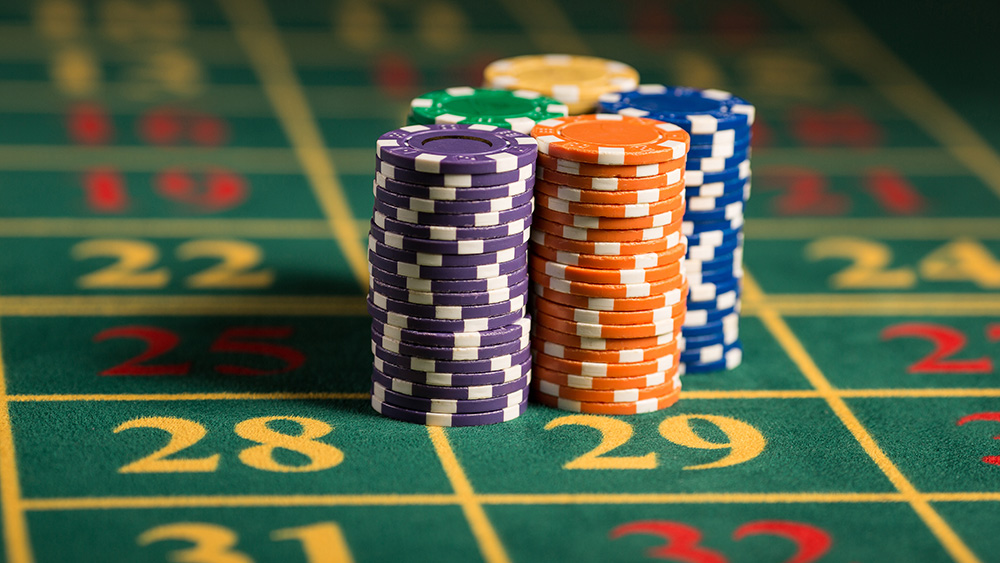 Too often we glamourize an all or nothing scenario with all chips on a single number.

There is a fine line between calculated risk and carelessness. In no instance are we endorsing risk as a direct result of lack of care. Unfortunately lack of care and attention often gives risk taking a bad reputation.

How do you spot the difference between the two as a leader?

Carelessness is often the result of subversive and blatant non-compliance without collaboration in order to try to achieve a short-term gain. Example? An employee that purposely skips a standard part of the company’s processes, without communicating the action before taking it, in order to accomplish a task faster, cheaper, etc.

Bucking a standard isn't an immediate cause for carelessness. The more important factors are much like a well-played game of whodunit: what was the motive, who was to gain, how was it accomplished.

If the employee proactively collaborated with their manager or other team members to propose a reason for the experiment, and all parties agreed how to handle multiple outcomes as a result, any negative impact would be mitigated, and if a failure, the knowledge gained from the experiment wouldn’t be viewed as rogue carelessness.

A risk is a communicated, mediated action taken with full knowledge that it may not result in success. Risk actions are shared. Risk actions result in knowledge regardless of the outcome. The knowledge gained from both good and bad risk action results propels the company forward. If successful, the company and its customers reap the benefits. If a failure, the company has gained knowledge it wouldn’t otherwise have. Both are building blocks of a company’s IP.

Establishing a culture that embraces risk and failure

How do you cultivate risk taking and innovation in your culture while admonishing carelessness and reckless behavior? Leadership must set clear examples of risk and carelessness, provide a safe space for innovation, and celebrate wins and losses.

First leadership must set the example, and provide a clear definition of what calculated risk looks like within your organization. This is different from company to company depending on your risk tolerance, financial position, culture. At Illumine8 a good risk is one that is clearly communicated before taken, provides a gain that will benefit not only the company but most importantly our customers, and abides by the start-up rule of failing fast. We employ the Pareto principle in our risks — the least amount of investment for the greatest projected return.

“Carelessness is often the result of subversive and blatant non-compliance without collaboration in order to try to achieve a short-term gain.”

Innovation from a place of safety and celebration

It's one thing to set examples, it's another to put these examples into practice. You can encourage innovation in multiple ways:

When walking the walk when it comes to risk, it is imperative that leadership shares not only the wins, but also celebrates the risks that only contribute the knowledge that a rearview mirror provides. Above all else, leadership must embrace its own limitations, vulnerabilities and risk experiments — and publicly celebrate those with the rest of the team. Only then will the rest of the team feel empowered that a risk, not carelessness, will enhance their careers and not jeopardize their jobs.

While there are countless stories of risk and reward, unfortunately, we have been taught to fight failure. Ironically, in doing so, our businesses often settle for mediocrity. The result is often poor positioning, stagnation, little growth and sadly, a lack of legacy.

Because we are paralyzed by what others think of our losses, we miss the journey of knowledge gained only by the experience of failures.

To fight the inertia that results from fear of failure, consider building up wins and losses. Too often we glamourize an all-or-nothing scenario with all chips on number 7. Neither business nor life is a zero-sum game.

How do we take advantage of risks in order to create innovation? Digital marketing itself is a great example of implementing risk. For example, we will test campaign messaging and targeting with small ad spends before large campaign launches. The data we gather from a small ad spend gives us immediate feedback on our positioning for a campaign and allows us to optimize our work before applying a significant investment in time and budget — two things that are always finite.

When creating a new adjacent growth opportunity, the same rule can be applied. Before investing significant resources, consider rolling out a portion of the overall offering — much like a soft opening of a store or restaurant. The idea here is to gather data, fine-tune your work, and allow your customers to be a part of the development process. Too often we lock innovation behind closed doors for fear the secret leaks out. Risk opening the door: The result is immediate feedback, higher achievement through collaboration, and the knowledge of success or failure quickly — before committing organization-sinking sums. 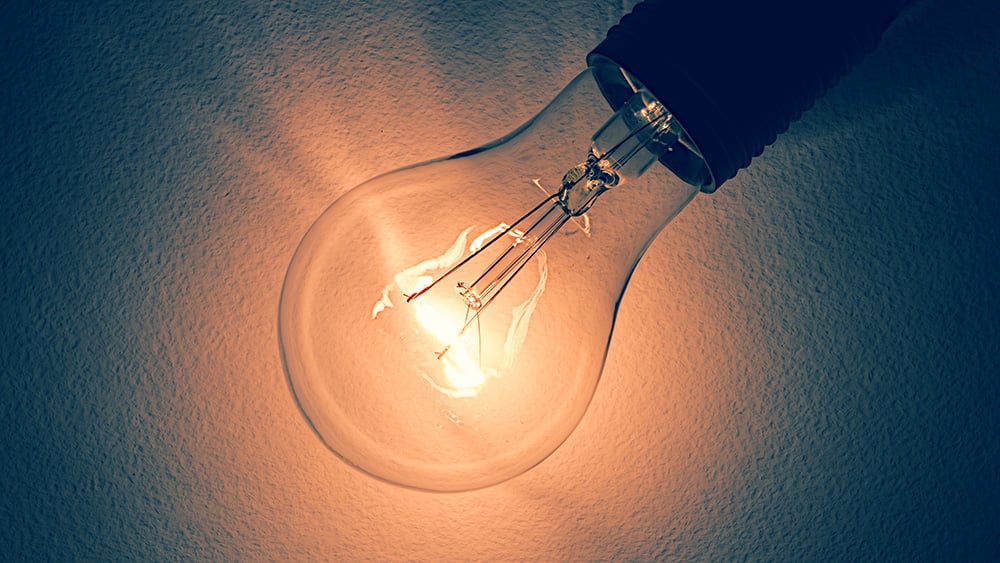 Innovation is born from failure

The journey all great leaders take includes embracing mistakes and failures. Without those hard-won lessons, there wouldn’t be any successes, advancements, disruptors or innovations.

We would all be safe, and it would be a boring place to live and work.

Instead consider a growth strategy that fights the inertia of safety and creates acceptable practices for risk-taking and failure within your organization. Set clear examples of acceptable risk, implement safe spaces for risk experimentation and celebrate wins and losses, knowing that knowledge is gained from both experiences.

Risk doesn’t have to be an all-or-nothing game resulting in only heroic wins or catastrophic demise. Behind every great innovation, leader and game changer is a mountain of failure resulting in the knowledge that leads to the breakthrough.

Or better said by Teddy Roosevelt, “It is not the critic who counts; not the man who points out how the strong man stumbles, or where the doer of deeds could have done them better. The credit belongs to the man who is actually in the arena, whose face is marred by dust and sweat and blood; who strives valiantly; who errs, who comes short again and again, because there is no effort without error and shortcoming.”