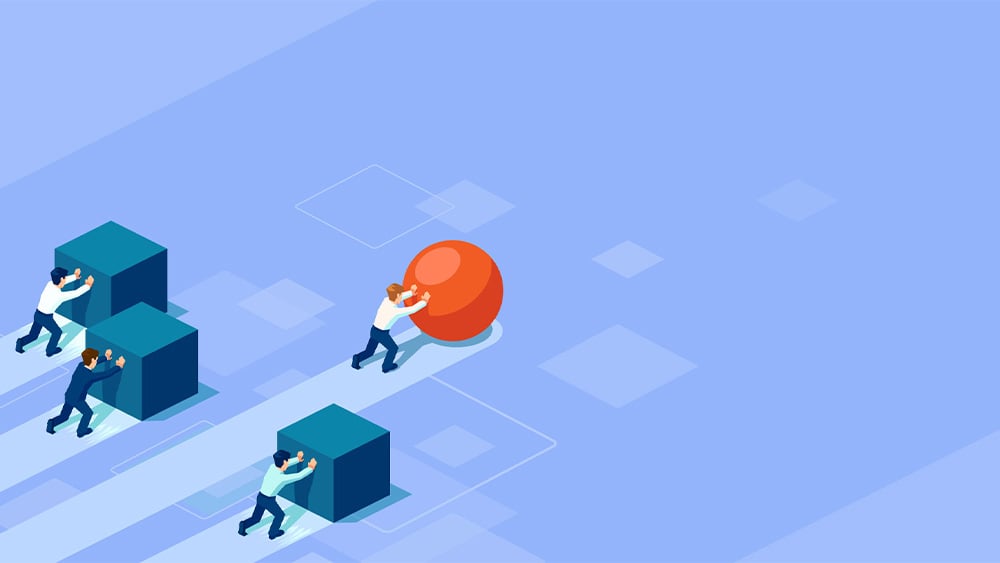 There are many self-help mantras and time management philosophies out there. We see them every day. Few are as influential as the 80/20 principle, also known by its less well-known moniker, the “Pareto Principle.”

Simply put, the 80/20 principle puts forward the idea that 80 percent of results come from only 20 percent of the causes for a given event. In business, this idea has been transferred to a variety of areas.

For example, 80 percent of an enterprise’s profits come from only 20 percent of its customers. The 80/20 principle, if applied properly, is an extremely useful tool for focusing resources on areas that produce the best results.

Where did the 80/20 principle come from?

In the mid-1940s, Dr. Joseph Juran, a well-known quality management expert in his era, coined the term, “Pareto Principle”, after Italian economist Vilfredo Pareto, who created an interesting formula in 1906. Interestingly, Pareto wasn’t inspired by data, per say, but rather his garden: An analytical mind can’t stop analyzing, and so Pareto noticed that 20 percent of his pea pods produced 80 percent of his peas (Source: Investopedia).

This got Pareto thinking. Did this theory also apply to other areas, including economics?

It did, in fact, as Pareto discovered that 80% of the land in Italy was owned by 20% of the population, leading him to create a theory surrounding “the vital few and the trivial many.” While the language Pareto chose might seem harsh today, the underlying idea became what’s now known as the 80/20 principle.

Juran then brilliantly applied Pareto’s idea to improve quality management. He found that 20% of the defects typically cause 80% of the problems for most products. By having QA teams focus their energy and resources on the most important 20% of the issues, the results improved greatly and were achieved with more efficiency.

How can applying the 80/20 principle help your business?

The answer is simple: The 80/20 rule, when followed properly, helps a business and its people focus on what matters most.

Studies found that multi-tasking is not productive. The 80/20 rule helps business stop trying to do everything at all times--time, energy, and money get directed to those things that yield the highest and best results with the most efficient effort possible. The more focused the inputs are, the better the outputs, in other words.

In a recent story for Forbes, New York Times best-selling author Kevin Kruse had this to say about the 80/20 principle: “In my research into the productivity habits of high achievers, I interviewed hundreds of self-made millionaires, straight-A students, and even Olympic athletes.

For them, handling every task that gets thrown their way—or even every task that they would like to handle—is impossible. They use Pareto to help them determine what is of vital importance. Then, they delegate the rest, or simply let it go.”

That is not to say that the 80 percent gets no attention at all. For example, if 80 percent of profits come from 20 percent of customers, or 80 percent of sales get produced by 20 percent of the sales team, you can’t ignore less productive customers or stop developing the vast majority of your sales representatives. That’s the 80/20 principle gone array, and it’s bad for business.

What the 80/20 principle espouses is focus and the proper allocation of time and treasure on areas that produce the best results.

Microsoft famously applied the 80/20 principle to patching bugs in its software. They found that by focusing on the 20 percent of bugs that had the greatest impact, their teams were able to thwart 80 percent of system errors and crashes.

The applications go on and on. Focusing on what produces (or in the case of sick days, what limits production) foments efficiency and productivity where it matters most.

For B2B or B2C companies, applying the 80/20 rule to growth is a real difference maker.

Often, businesses focus heavily on generating new leads to spur growth. This is where they spend a great proportion of their time, energy, and money. This is often misguided, as capturing leads and converting these leads into customers is time-consuming and expensive.

Reallocating budget dollars and time to cultivate referrals and new business from those existing customers that produce long-term value is a key to sustained growth. Again, turning ALL your focus to the 20 percent and neglecting new lead generation is not what the 80/20 principle is about. But refocusing to capitalize on fostering and preserving customer lifetime value, supplemented by a reasonable allocation of resources to lead generation and conversion is a great strategy for success.

As a business owner, department supervisor or C-suite executive, you can’t give everything equal attention all the time. That’s a recipe for stagnation and wasted effort. By learning more about the 80/20 principle and applying it to operations, marketing, sales, and other functions of your business, you can better utilize the resources you have to generate the results you need.

At Illumine8 Marketing & PR, we're masters at helping our clients apply the 80/20 principle to their marketing and sales efforts. We provide the tools and analytical expertise to do a deep-dive into your numbers, which reveal where the 80/20 principle might be best applied. Reach out to us today. We’d love to hear your story.