The fluidity of business

Sports metaphors are synonymous with business. Whether it's “knock it out of the park” or “you’re on the goal line” or “go for the 3,” baseball, football, and basketball sports references are used throughout the business world.  Even if you are not a fan, you recognize the influence of organized competitive sports.

Born from the fields of battle, sports help us glorify the desk job. We celebrate the win and recognize the heroes who were instrumental in the victory, in making the big sale, or in completing the major project.

The origins of competition go beyond the friendly field of play. Consider Patriots’ football coach Bill Belichick’s source of strategy, “The Art of War.” But are these battle-hardened approaches appropriate today? 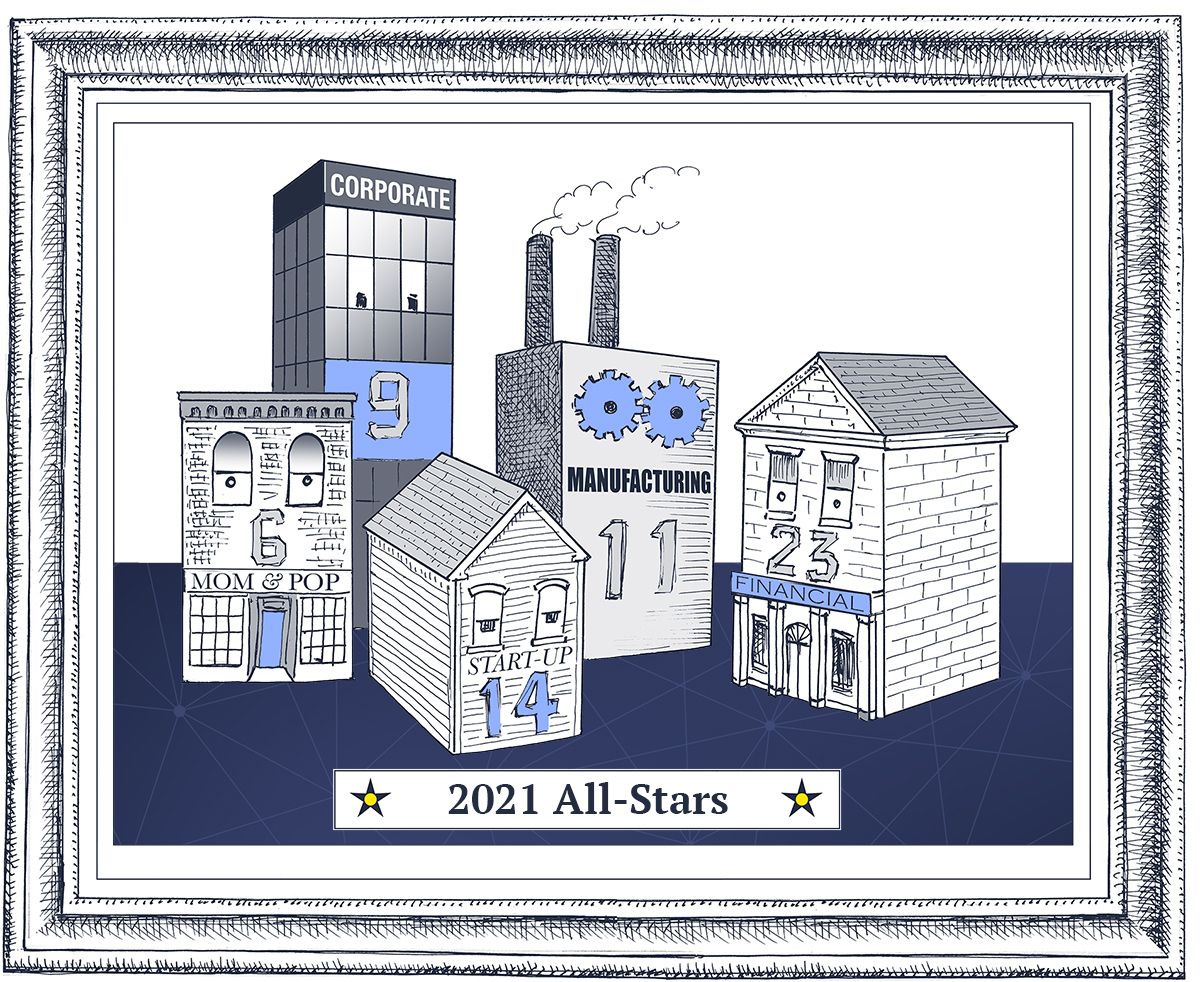 Diversity on and off the field

Over time our businesses have survived various management styles — from traditional Football Management through the ‘80s, to the slightly more innovative Baseball Management of the dot-com days. During that time our workforce players have changed dramatically. Our teams are older, equally male and female, and ethnically diverse.

In 1950 women only made up 33.9% of U.S. employees. Women held 50.04% of American jobs as of December 2019, excluding farm workers and the self-employed. According to the Bureau of Labor Statistics, that 50.04% was up from 49.7% just one year prior (source). The number of women-owned businesses has increased by 31 times since the first time the U.S. Census Bureau provided data on minority-owned and women-owned businesses in 1972, from 402,000 to 12.3 million. As of 2018, women of color accounted for 47 percent of all women business owners.

Not only have our workforces changed in gender, but they have also changed in age. From 1970 until the end of the 20th century, older workers — which the Bureau of Labor Statistics defines as those ages 55 and older — made up the smallest segment of the labor force representing 11.8% in the 1990s. Now more senior workers represent 24.3% of the labor force and surpassed the percentage of younger workers ages 16-24 beginning in 2004.

And more obviously, but most importantly, our workforces are becoming more diverse. Over 36% of the labor force represents a person of color, and trends in Census data tell us that by 2050 there will be no racial or ethnic majority in our country. This generation will be realizing the great melting pot that is America not just in theory.

While diversity and inclusion are currently hot management topics, the simple fact is that as our workforces change, our business management styles must too. Adaptation is a superpower in athletes and sports teams alike. As these trends in the very makeup of our teams have taken shape over time, a similar evolution needs to take place with business management styles. Although initially focused on strategies more linked to football and then to baseball, effective management now requires the agility associated with basketball.

The age of Football Management

Throughout much of history, football’s military structure with its specialized players, hierarchical management, and culture of risk aversion was followed by many corporate businesses. And like history, there is a correlation between rigid football-style management practices and the lack of diversity of the management team.

In football, plays are carefully scripted and often well-rehearsed prior to a team ever taking the field. This systematic approach is utilized by the various coaches who prepare detailed management plans. With generally seven days between each game, coaches have more time to prepare than in other sports. Not unlike “The Art of War,” Football Management drills precise movements and adheres to a military-like structure.

The height of Football Management can be considered from the dawn of the industrial revolution through the ’90s. This top-down, clipboard, and stopwatch style is not only designed to be very hierarchical, but it is also meant to create conformance. Upper management lays out directives and in-depth plans that are prepared for every potential scenario. Collaboration isn’t favored outside of strictly defined teams. Bottom-up ideas are not encouraged. The CEO is the head coach, the coordinators are his executive team.

As with hierarchical organizations, Football players are highly specialized in their positions. Quarterbacks, running backs, and offensive linemen are unique positions and require specialized skills, based on agility, throwing accuracy, physical size, and speed. Different players can even be required to play at various points during the game, based on field position, the down, the yardage required, or the defensive alignment. Businesses follow suit, with tightly defined roles. Human capital is defined by a vertically oriented organizational chart.

Its culture is structured on risk avoidance. The entire goal of its centralized planning and play structure is designed to minimize risk. Innovation comes from the few in management, not from the many on the field.

So why is Football Management no longer the ideal style to emulate in the workplace? From a rigid structure to non-inclusive decision-making styles, traditional wartime tactics are driven by mitigation risk, strict structures, and compliance. This is hardly adaptable to the newly decentralized, remote workforces of the COVID era. It stifles creativity and innovation, celebrates the few, and excludes the many.

The dot-com era of Baseball Management

From garages and dorm rooms, so many great modern day innovations have taken hold and grown. As students at Stanford University, Larry Page and Sergey Brin engineered the first web page ranking search engine and named it BackRub. Innovative from the beginning, Page and Brin didn’t subscribe to Football Management at Google.

More forward-looking companies have recognized that baseball’s values — including embracing risk, focusing more on individual performance, and making decisions in the field — were more appropriate in the age of dot-com innovation. These fast-paced companies didn’t throw away all structure — they are engineers after all — but the structure needed to provide a safe space for ideas to surface to management, not drown in a sea of hierarchical red tape.

As a sport, baseball is highly individualistic and only occasionally needs its players to act cooperatively, such as a double play or a hit and run.  Otherwise, interactions among players on the field are minimal. Anyone who knows or interacts with the more science-minded knows this to be true of software engineers or other specialists. They work on their projects as a solo unit and collaborate when needed. However, the skills of their craft are transferable between projects, as software development teams are often reshuffled to stimulate new ideas.

But some of the structure of Football Management lingers in these organizations. When batting, baseball players also act as individuals and fans idolize the star home run hitter. It is the ultimate individual performance. One batter, one pitch, one act, one success.

And just like a hierarchical organization, baseball’s management structure is generally locally controlled. The manager and coaches on the field make game-day decisions much like team leads and managers. There is still a CEO, there is still an executive team. However, in the field of play, managers are given more space to make timely decisions, to innovate within the established playbook.

Baseball’s culture is somewhat risk-embracing. The game’s momentum can often change based on an individual’s risk-taking. Trying to stretch a double into a triple or stealing a base, can change a game’s outcome, but it generally occurs as a result of circumstances rather than preplanning. Much like Google’s moonshot programs, the company encourages individualized risk within a playbook. Its OKR managed risk style gives the company’s team players space to innovate and try new ideas, but those ideas are managed by alignment to the company’s overall strategy and goals.

The dot-com era was the pinnacle of transformational changes to the labor force with women’s participation peaking in 1999. The natural progression of technology and workforce development during this period paved the way for a more flexible Baseball Management style. This was a safe way to navigate change for many traditional companies. The benefits of innovation with the safety of some established traditional control.

Even before the “bubble” was constructed to address the COVID-19 pandemic, businesses were already adapting to today’s increasingly dynamic forces. Warren Buffet said it best, “It takes 20 years to build a reputation and five minutes to ruin it. If you think about that, you’ll do things differently.”

Customers expect businesses to create individualized experiences that focus on them, not what works for the company. That means your customers want the fluidity of the same conversation across all facets of your business — not a polar opposite experience depending on the channel or person they communicate with. This level of service demands that your business embraces digital transformation and cross-trains your staff to perform multiple roles with a high-level understanding of the company’s core mission and values.

In contrast to baseball and football, basketball requires spontaneous interactions among its players. The fluidity and speed that a play develops requires flexibility from its players and evolves too quickly to permit a top-down managerial approach to be effective yet alone successful. To be successful, managers must understand the importance of interpersonal compatibility and chemistry. Because the game is in a constant state of change, players and managers need to have a basic vision and goal, but also need to juggle multiple functions. No wonder basketball organizations are typically structured in a very flat horizontal style as opposed to the vertical hierarchy style of more traditional football and baseball management organizations.

By its very nature basketball demands well-rounded talent. Organizations that are rising to today’s challenges understand they need teams that are not only talented in one specialization but multiple. They need to be able to read the court in real time and work together toward common goals for the good of the team — not just one star player. A team solves for your mission, your customers first, and their own performance second. Conversely, a star player solves for themselves above all most of the time.

Today’s quickly changing environment is a flywheel of digital transformation that is increasing speed. Consider digital-enabled companies move four times faster, and with twice the power, as their peers (source). Basketball management’s flat hierarchy, the balance of planning and on-the-court decision making, and team agility represent the most important success factors for businesses today.

We believe it is time to rethink the appropriateness of using football and baseball as our corporate business structures and instead recognize that basketball represents a more accurate model of how business is conducted today, how organizations should be structured and managed, as well as what skills employees need to be successful.

Our now and future businesses need to trade war for collaboration, and strict playbooks for innovation. It’s still a competition, we all still want to win, but we need to make room for more diversely talented players on the benches. 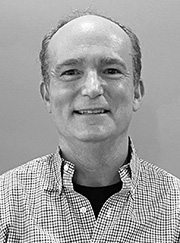 Bill Singer is a principal at Kenwood Management Company, a 24-year-old commercial real estate owner-manager. Kenwood is a long term property owner in the Washington DC and Baltimore metro markets with a current portfolio of 1.4 million square feet.