Illumine8 After Hours recap: The best (and worst) of 2017 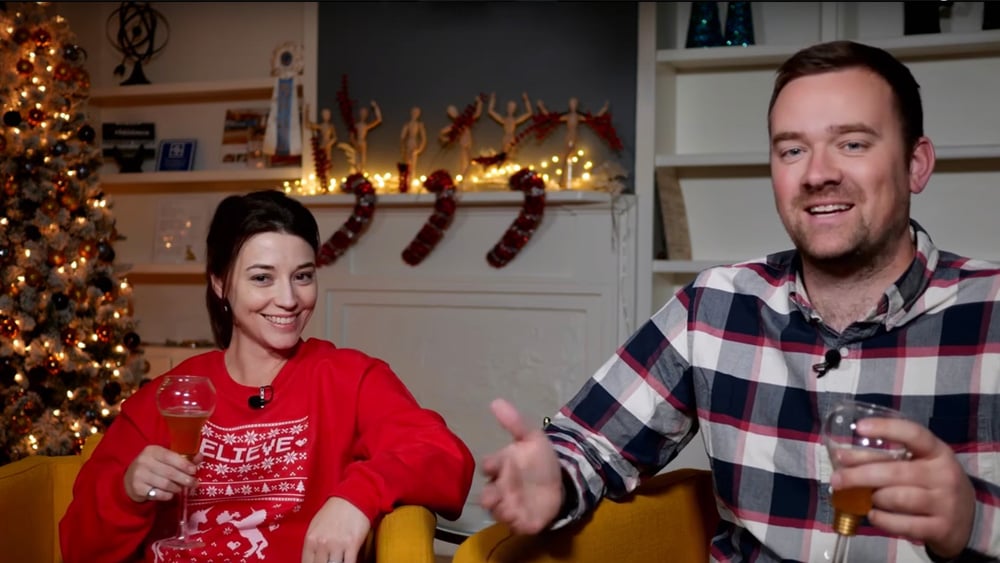 In this episode of Illumine8 After Hours, Christina and Erik reflect on the past year, naming the best and worst social media moments, television commercials, and products of the year -- with a bonus “that didn’t just happen” moment of 2017.

Because Erik didn't wear an ugly sweater for filming, he was in the running for one of the worst social media moments of 2017.

Have you ever wondered where the concept of ugly Christmas sweaters originated? The jumpers you wear today may have come from your great aunt’s closet, Goodwill, or Walmart, but the people who originally made the ugly sweater popular were Bill Cosby and Chevy Chase in National Lampoon’s Christmas Vacation.

Depictions of snowmen, reindeer, and Christmas trees with pom-pom and/or felt applique will continually go in and out of style, but for now, ugly Christmas sweaters are “in” this time of year -- mostly thanks to millennials.

Catch the full episode below, and let us know if you agree with our team’s best and worst choices:

As a bonus, here are the best (and worst) moments of 2017, along with some context:

A man needs his nuggets, and almost 3.5 million retweets deserves free chicken nuggets for at least a year. Carter Wilkerson’s tweet even beat Ellen Degeneres’ Oscars selfie for the most retweeted tweet in Twitter history.

This article details the story of a man who randomly noticed that the only 11 people that KFC’s official Twitter account follows are herbs and spices, along with a commissioned portrait of him.

This one hits close to home... actually, right in Frederick County. The Frederick County Public Schools’ web experience coordinator corrected a student’s spelling in a tweet and was later fired for doing so. This caused national controversy.

Erik - US Department Of Education Misspelling

Oh, the irony. Not only did the U.S. Department of Education misspell the name of famous civil rights activist W.E.B. Du Bois, they also made a typo in the apology tweet.

Christina - Get Your Bud Right Here

Though it sounds great to have a personal beer vendor around you at all times, this commercial quickly turned into a perfect example of “be careful what you wish for.”

This commercial is a team favorite.

Someone broke their non-disclosure agreement to give the marketing world some insight on the whole "real people with not-paid-for opinions" thing.

Erik - Anything with the new Verizon spokesperson

These commercials tend to be more awkward than funny.

It was a toss-up between these two innovative products from 2017, fueling the long-lasting technological feud between Apple and Google.

Some of us just don’t see what the big deal is.

They didn’t qualify for the World Cup, but maybe they will four years from now. (If you were wondering, the U.S. Women's Soccer team is still doing really well.)

Christina - Announcing the wrong picture at this year’s Oscars

“And the Oscar goes to…” the wrong person.

The solar eclipse was a big deal… to humans. For pets, it was basically another ordinary day to not look directly at the sun.

What were your bests and worsts from 2017? Let us know if you agreed with our choices!

We’re looking forward to seeing what 2018 has in store for us. From all of us at Illumine8, have a happy New Year: