We've addressed the elephant in the room straight away: Comic Sans and Papyrus are the odds-on favorites to meet in the "championship." If you need an explanation here, you're probably not qualified to cast a vote.

No, this is not a cool, edgy font. It's an overused movie poster font that only gets selected because it's slightly wider than most other default system fonts. What a concept! Oh, and it hasits own Tumblr.

Why Didot Is The Worst

Didot has the frustrating ability to make Averages Joes think they can be amazing, "fashionable" designers. Go ahead, I dare you to italicize it and put it in all caps. So chic.

Why Souvenir Is The Worst

Souvenir is the Papyrus of the pre-internet generation. While it could probably pass favorably for "retro-hipster" in today's world, the 1970s bludgeoned Souvenir to death in just about everything.

Why Cooper Black Is The Worst

Yikes. Cooper Black is just Souvenir on steroids. Unless you're penning a Garfield comic or designing an album cover for your favorite disco band, avoid this typeface.

Why Informal Roman Is The Worst

The font serves zero purpose. Name me one instance where it would be appropriate to use this font and where no better alternative exists.

Why Wide Latin Is The Worst

This doesn't even look like a real font. It looks like someone took a subpar bold font and just increased the width by 200 percent. Voilà, Wide Latin!

Why Copperplate Gothic Is The Worst

It's no surprise that many of the fonts in this bracket are overused. Some of those fonts are boring and inconspicuous enough to blend in and get away with it most of the time. They fly under the radar and get mistaken for other similarly overused fonts. Copperplate Gothic is not one of those fonts.

Why Trajan Pro Is The Worst

On an unsuspecting glance, Trajan Pro might seem fine. Strong, sharp serifs. Got that gladiator-esque Roman vibe to it. Kinda cool. Except for the fact that every movie poster from the dawning of cinema uses it. No, seriously.

Even the font's creatorFrederic Goudy said Goudy Stout was designed in a "moment of typographic weakness." 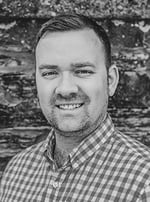