5 grammar rules you should never break in content marketing 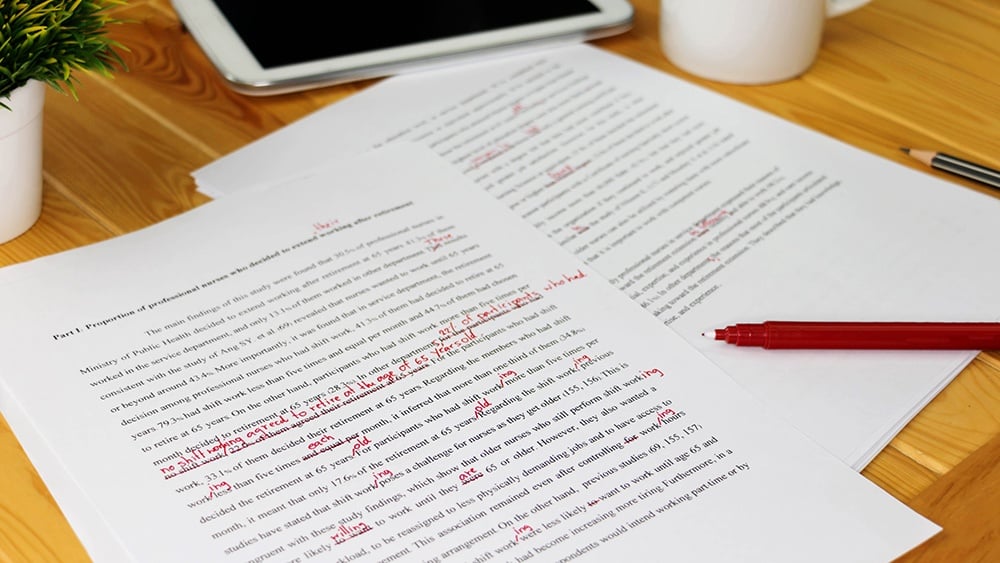 People give the Grammar Police a hard time, but the world would be worse without us. Truly.

59 percent of recruiters reject a candidate because of poor grammar or a spelling error.

The Song of Ice and Fire series - the books that inspired Game of Thrones - is riddled with typos and consistency errors.

Actor Rob Lowe even called out a Fox Sports announcer on Twitter for incorrectly saying “good” instead of “well.” Even though Lowe misspelled grammar…

Especially in the case of content marketing, improper grammar is a serious offense. Ask NASA, Macy’s, publishing houses, government branches, and so on.

While not so much a grammatical tip, proofreading is a basic must-do for any piece of content. How important is this step? Take a look at these disastrous and costly marketing and PR mistakes:

“There” is an empty word.

Today’s society has the shortest attention span in recorded history. Because of this, you need to get your point across fast. That means fewer words and more power.

Many people use “there” to start a sentence. While it has impact in spoken word, the dreaded empty word has no place in writing, especially content marketing.

For example, you could say, “There is a red car on the street.”

To make it more concise and clear, say, “A red car is on the street.”

Try it. You can do this nearly every time you use “there”.

The thing about relying on Spell Check is that you shouldn’t. The grammar tool still accepts a word if it’s a word - even if it’s not the one you should be using.

For example, “That shirt is a great compliment to your hair color.”

Spell Check won’t catch that the sentence should say, “That shirt is a great complement to your hair color.”

That’s because “compliment” is still a word. It’s not right for this case, though.

A few other misconceptions include the following:

Use paragraphs and lists.

Because people have shorter attention spans, it’s important to ensure content is easily digestible. That means using paragraphs and lists.

When text is broken up, it’s easy to read. Paragraphs and lists break up thoughts. This makes content less intimidating, confusing, and time-consuming.

It’s not up for discussion, even the Oxford comma. It’s a must.

Writing is the beating heart of content marketing. Nearly every piece of content requires writing. This prioritizes grammar, spelling, and punctuation. Without proper grammar, content isn’t taken seriously. Those little mistakes can even cost you millions of dollars.